Caryn must be as bored as I am, because this week she started dressing me up. I thought she only did that with kittens… 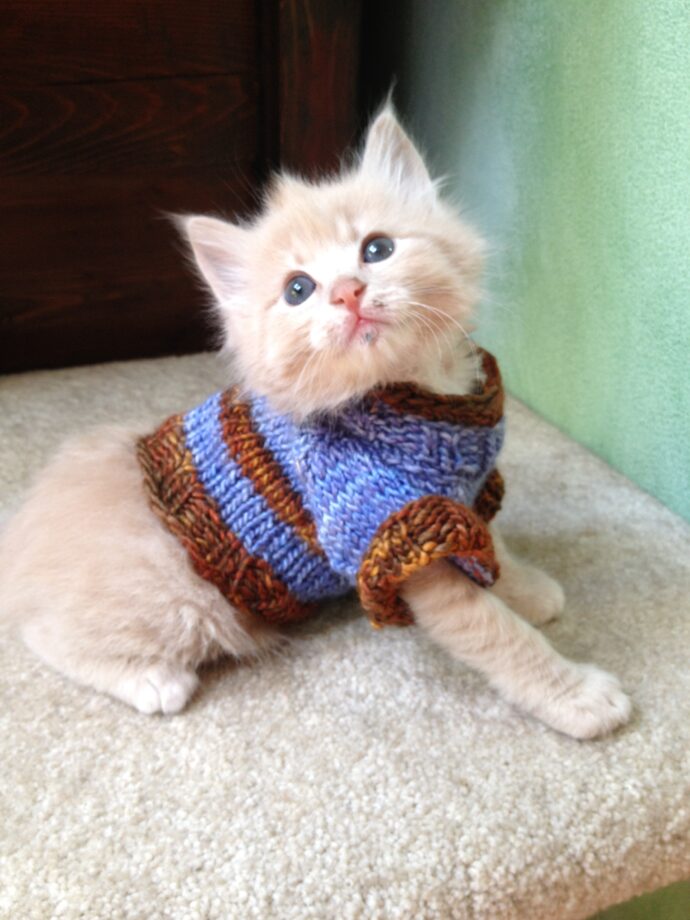 …and in computer drawings 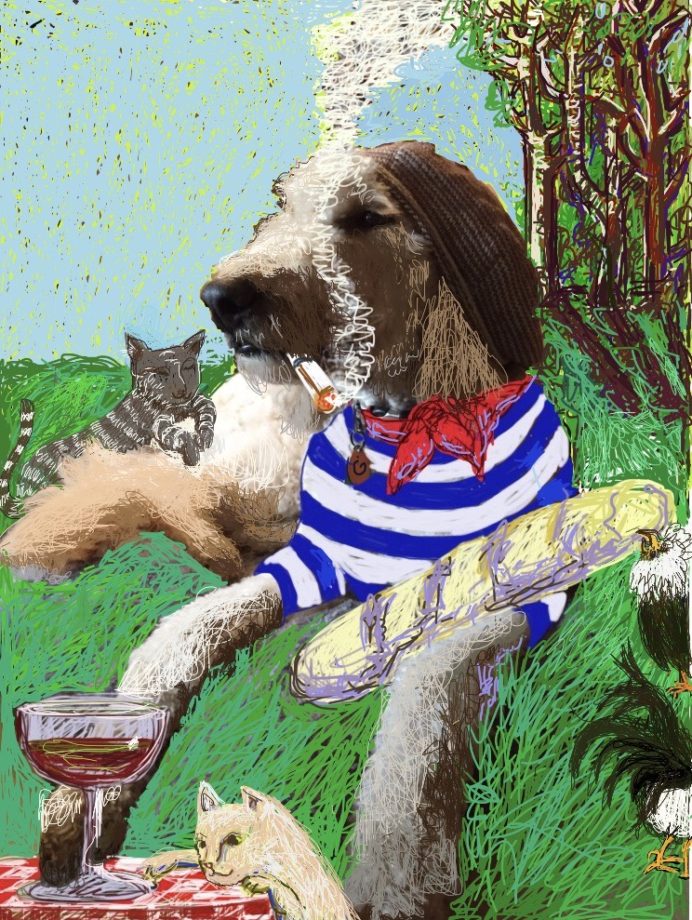 Maybe it’s because we haven’t fostered kittens in a while, and she needed to express herself. I thought the week was going better because she hadn’t made any new doctors appointments. But…sigh….it looks like she thought she might improve matters by putting an umbrella on my head 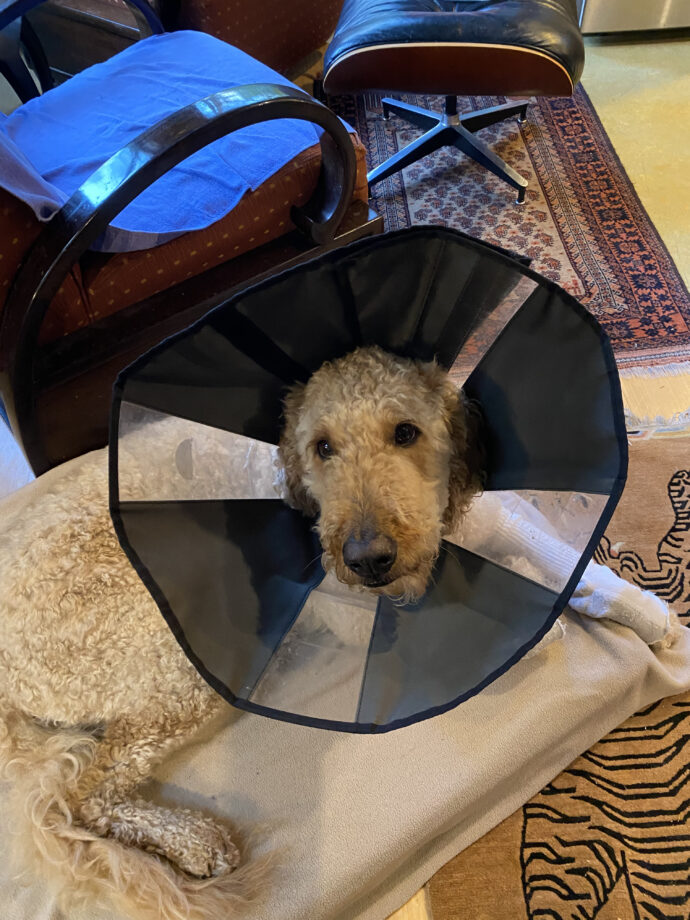 I am not, after all, Audrey Hepburn under that slouchy hat 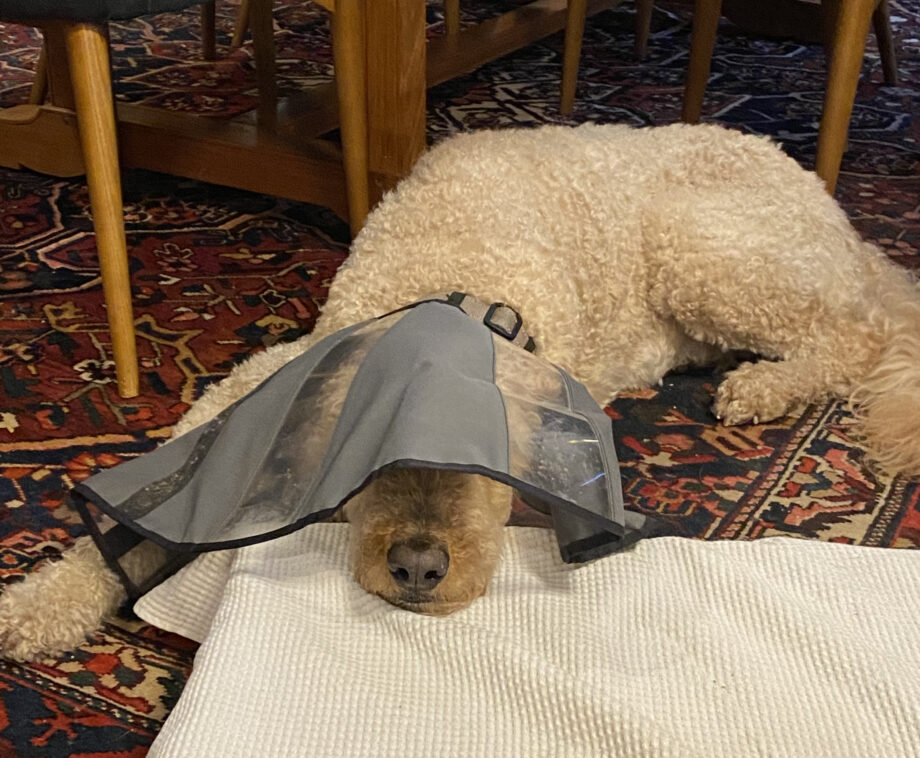 Her response? She put leggings on me! 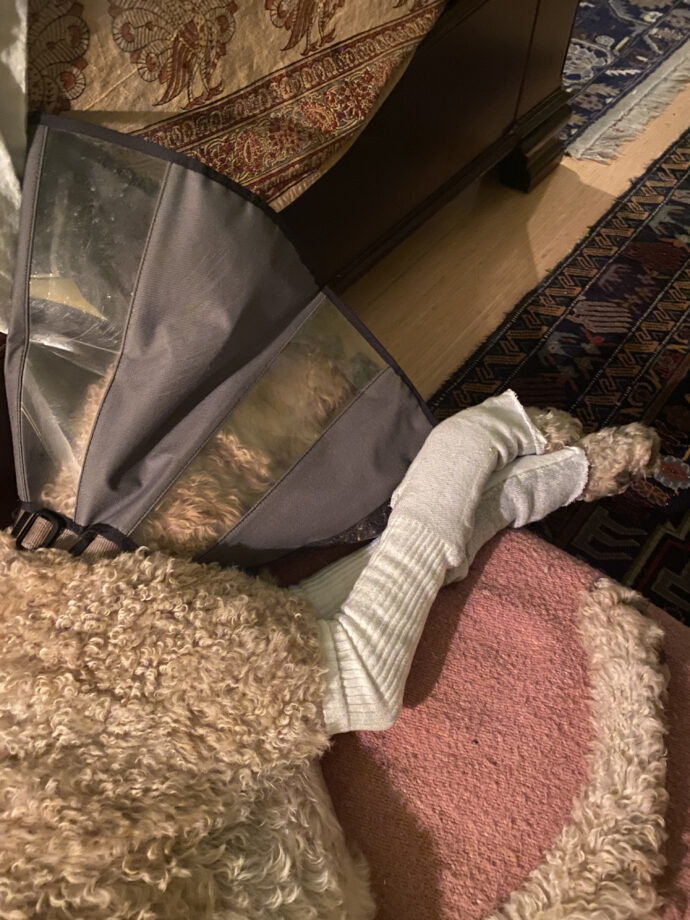 I said, nah-uh, it’s one or the other. So she took off the umbrella. I demanded an explanation for her strange behavior 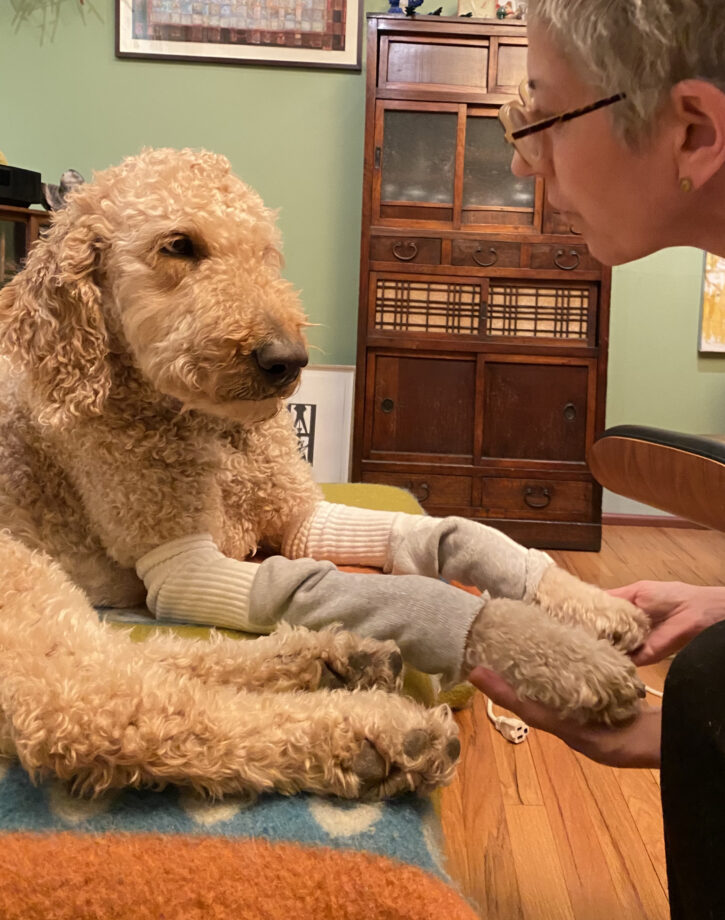 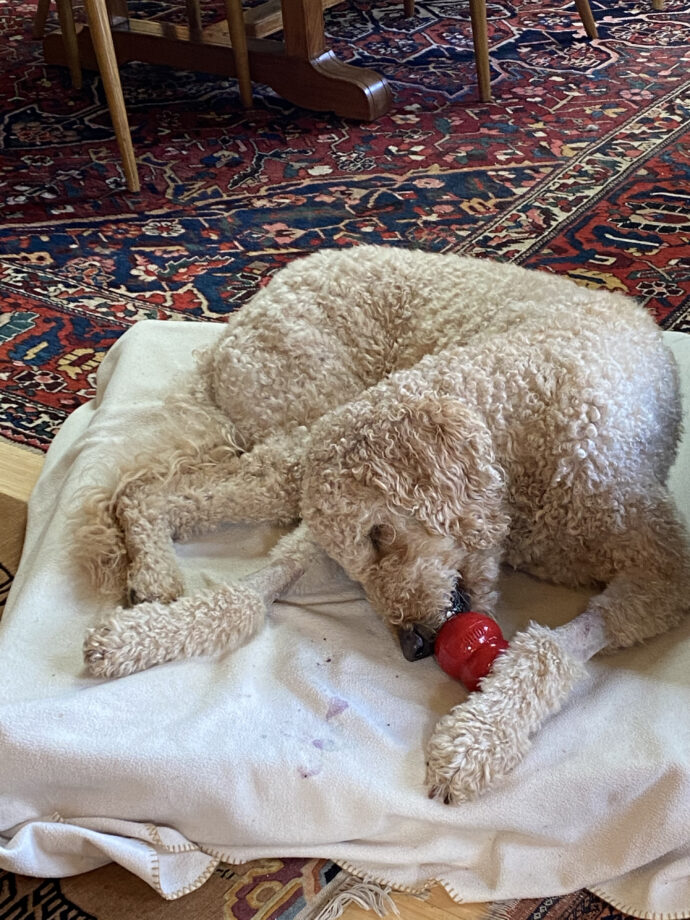 I said, “Deal! But you have to give me something else to lick.” So she filled a kong with frozen yogurt and blueberry smoothie and that was grand.

Apparently I missed a fox sighting on the trail this week 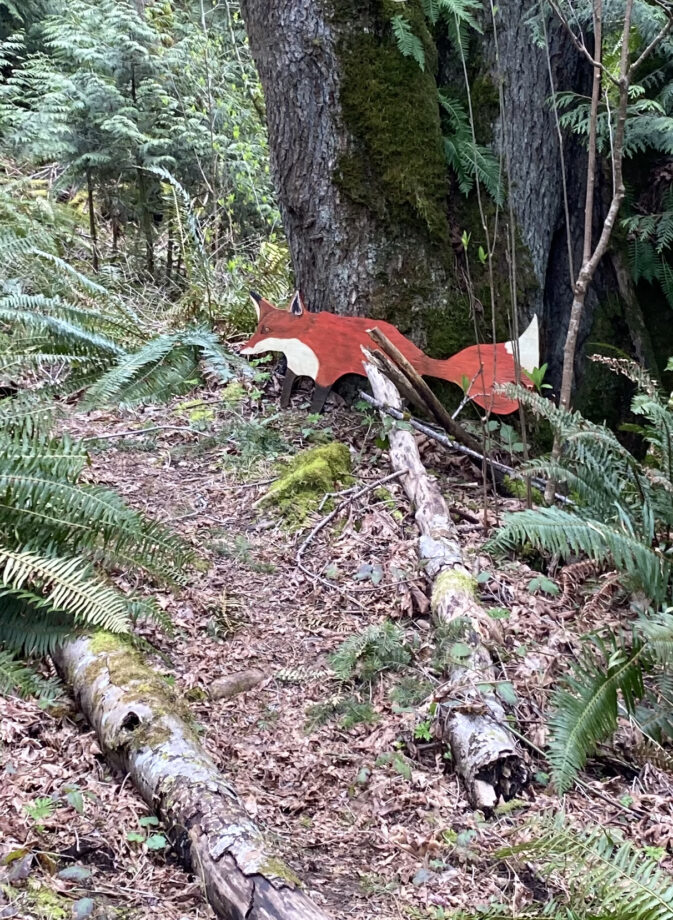 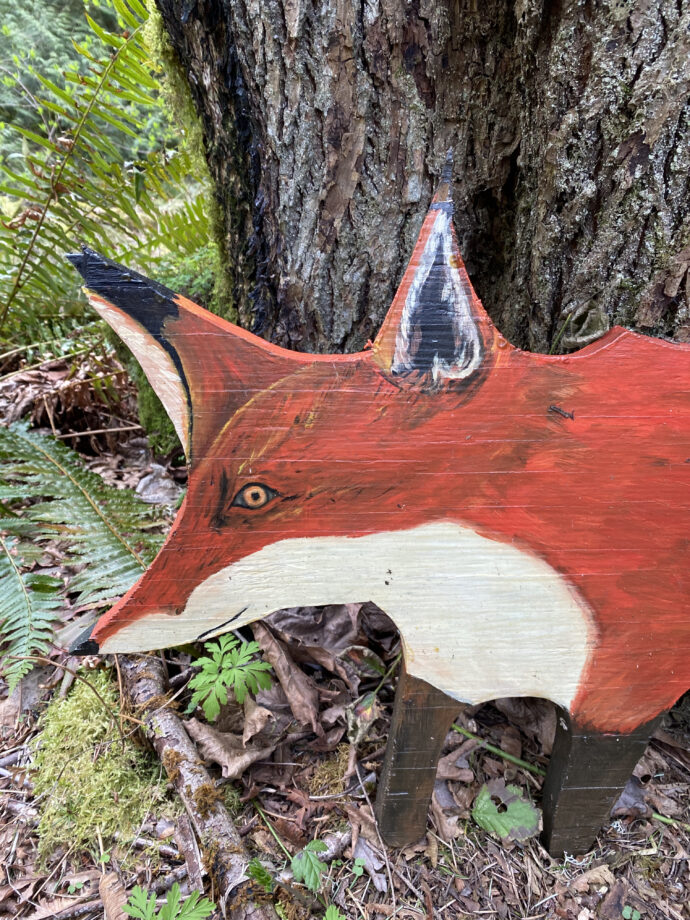 Other hot news? Caryn wrote to our Mayor and County Executive and asked them to declare April 30th National Therapy Animal Day. And she did! What’s more, they agreed, and wrote a fancy proclamation and sent it to her!! 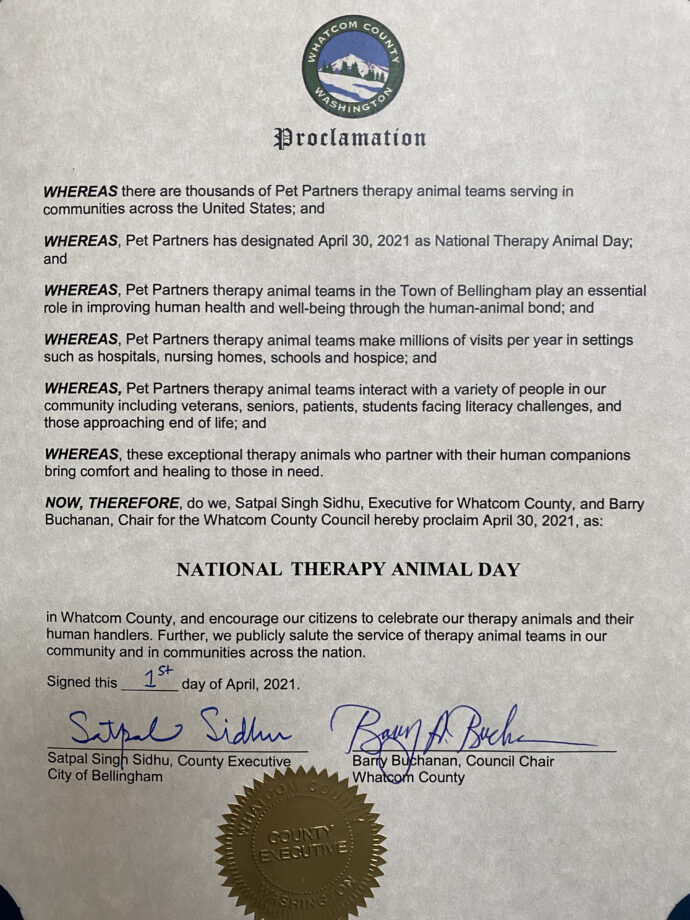 I can’t wait to go back to being a therapy dog again. I really miss seeing people and making them smile. 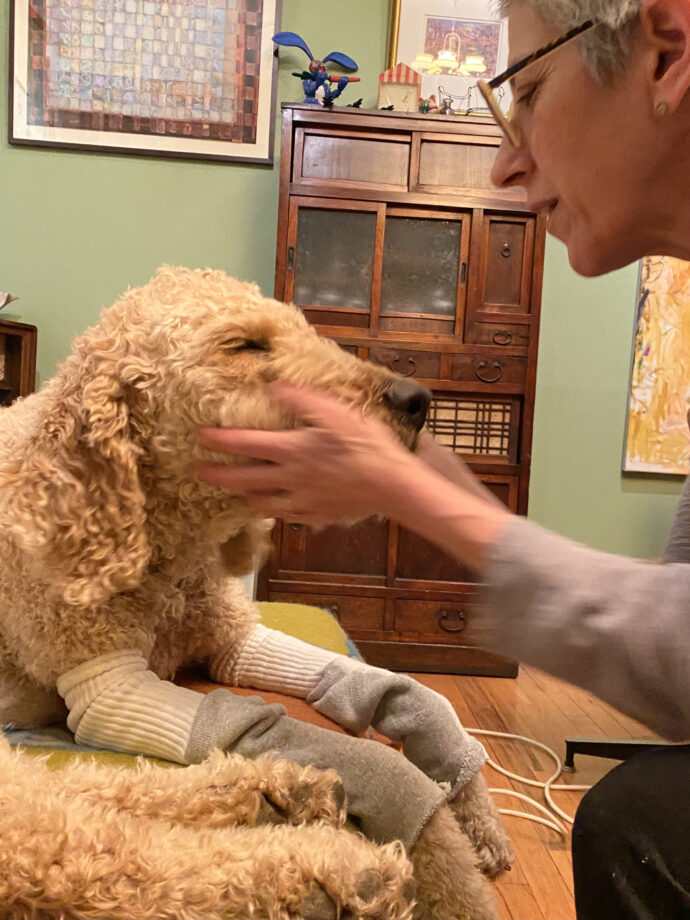 Caryn has assured me this will happen. There’s just the small matter of my getting surgery on my knee, and healing so I can walk well again. And then we can go back to work together.