The day started out fine, in fact interesting.

Caryn dressed herself (instead of me) up strangely 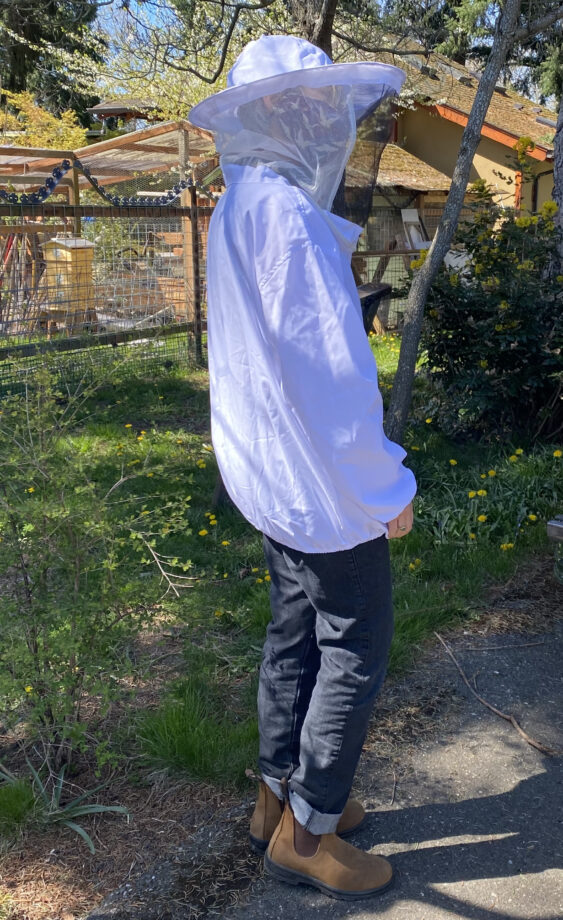 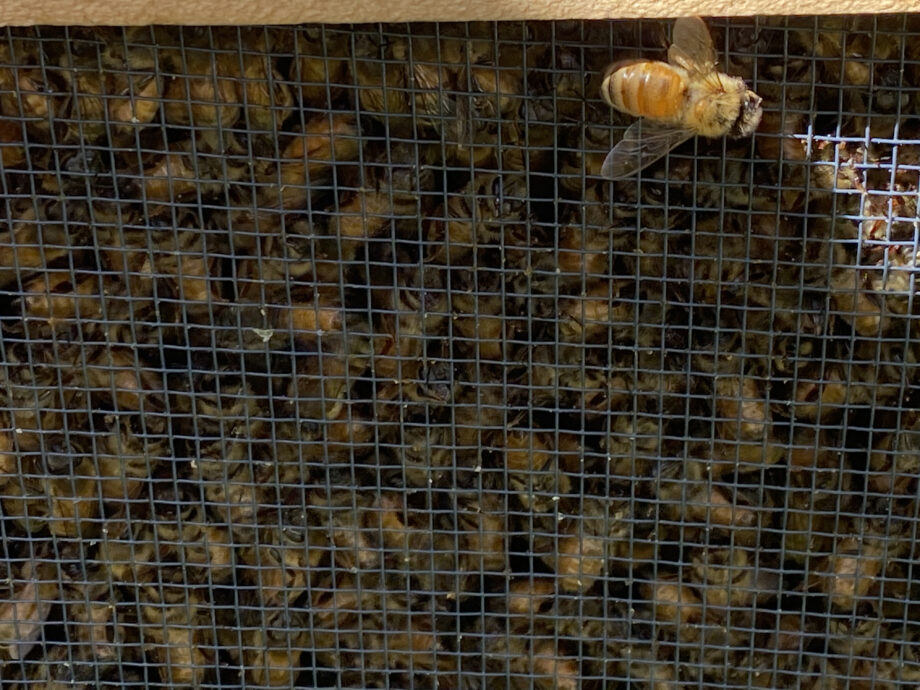 all babies and one big girl called a queen, who was in a tiny gift box with a tiny marshmallow for a door 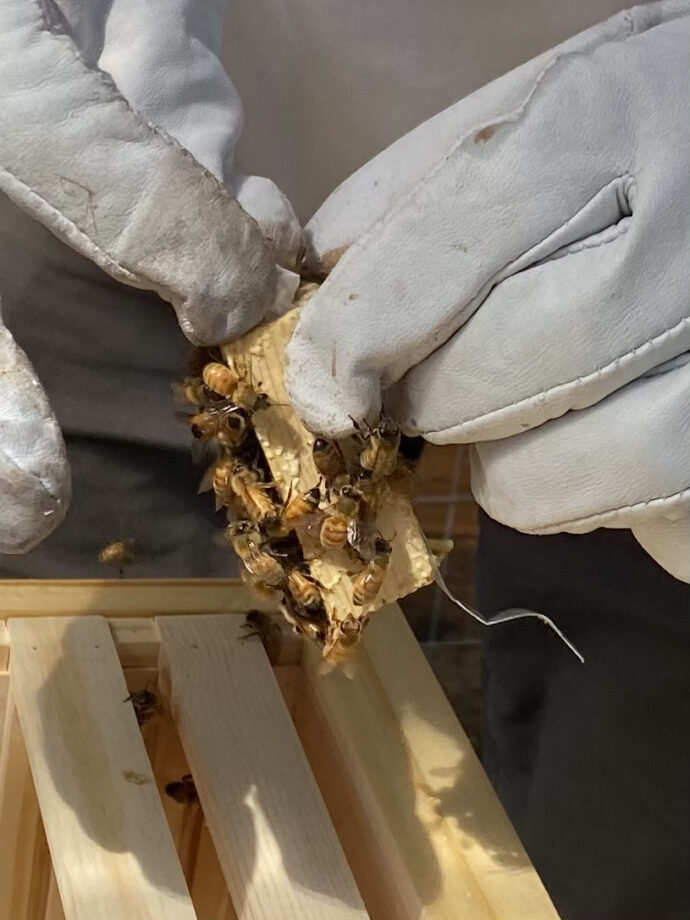 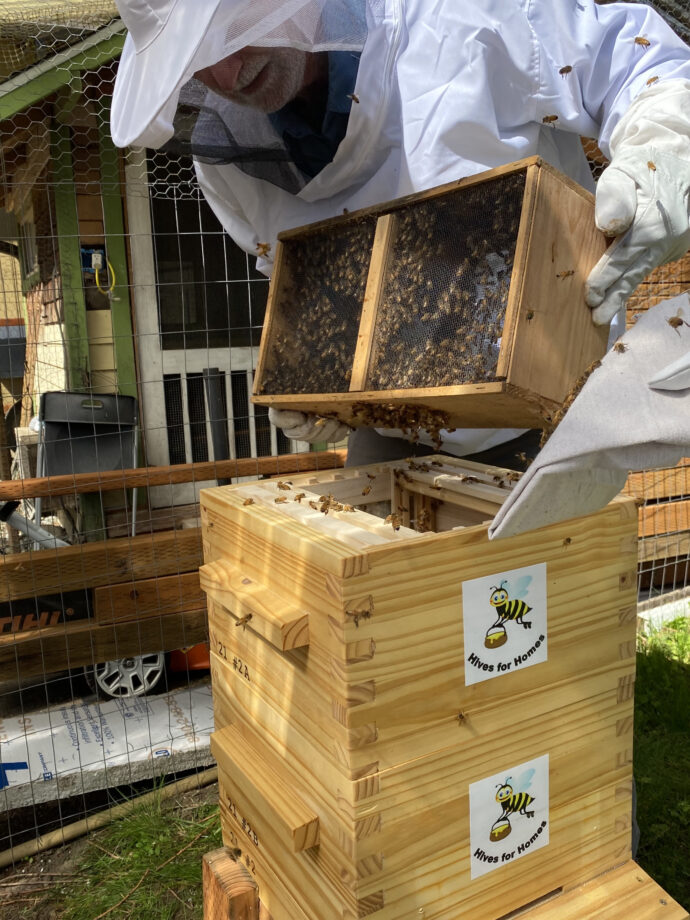 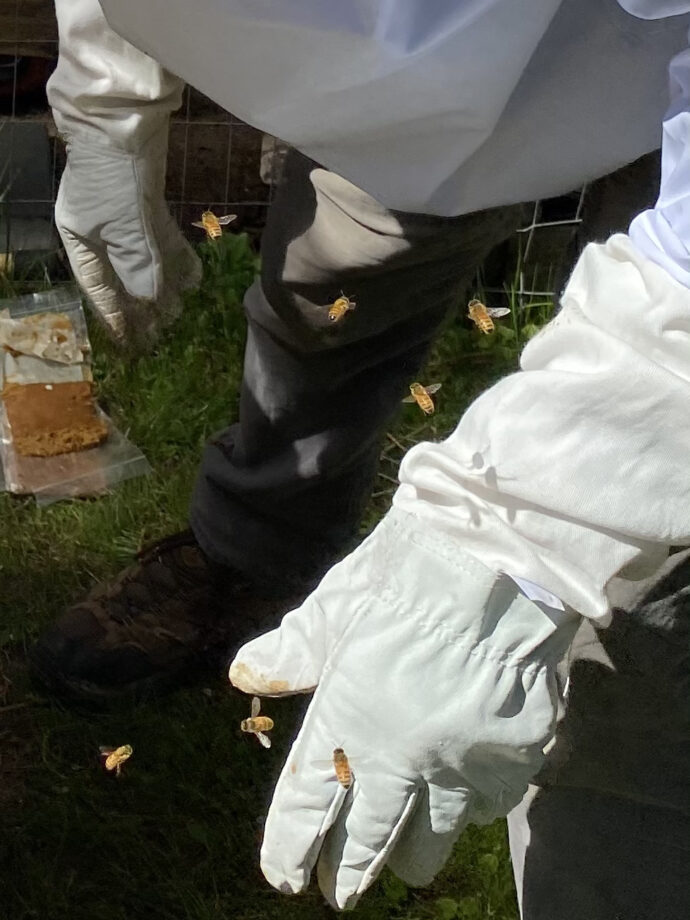 But then things got a little strange. All my favorite sitting places got bollixed 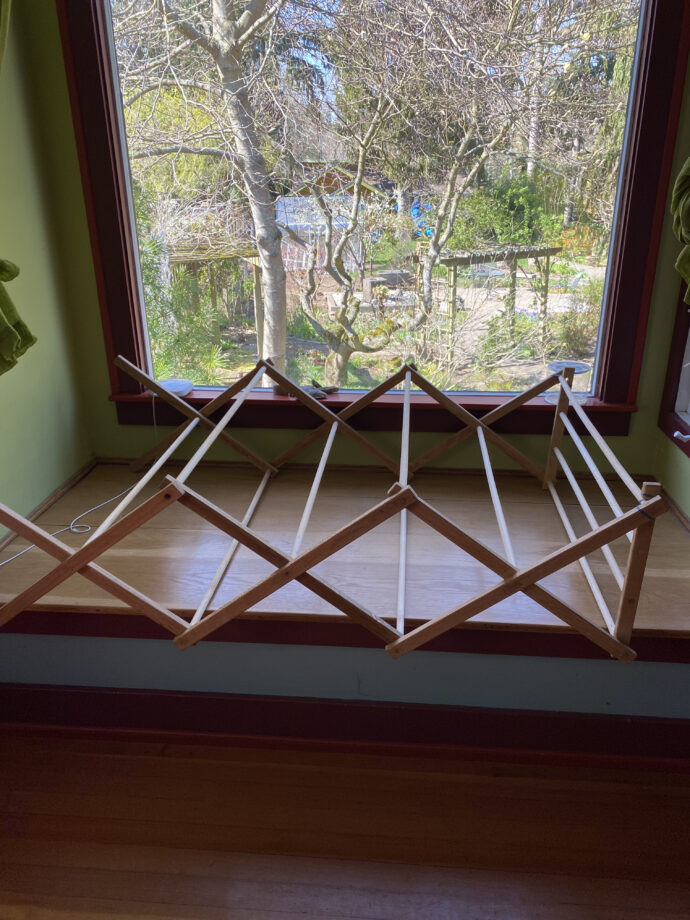 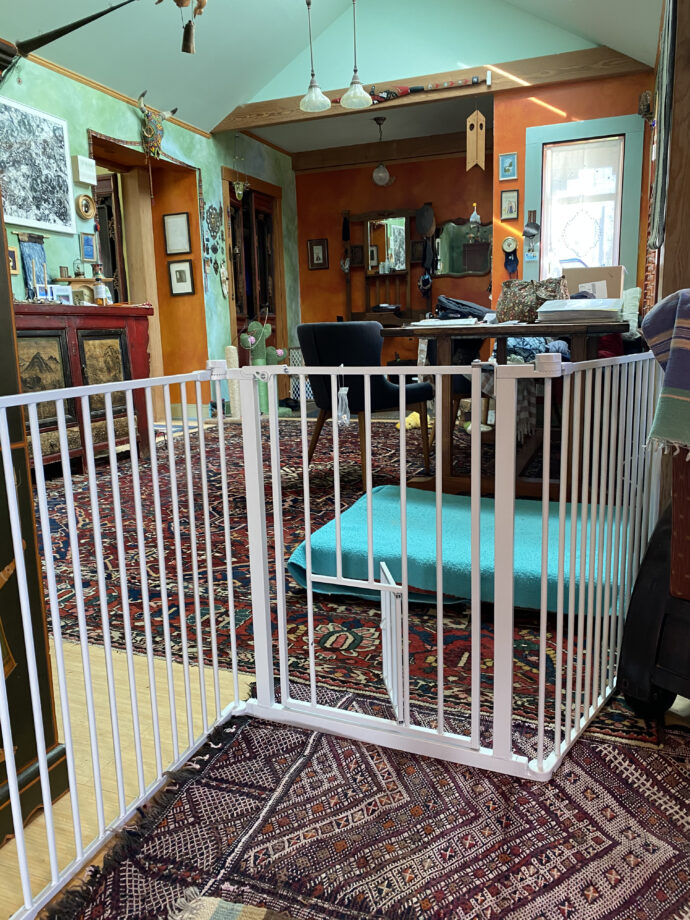 One interesting addition was the conversion from steps to hilly walkway 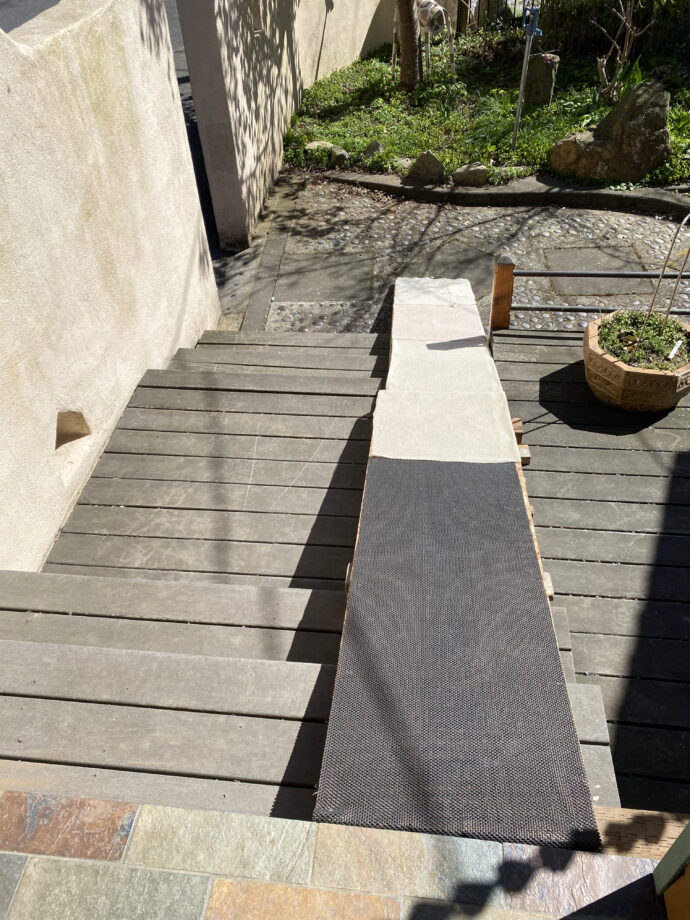 But on the whole it wasn’t looking good, so I figured it was time to hide 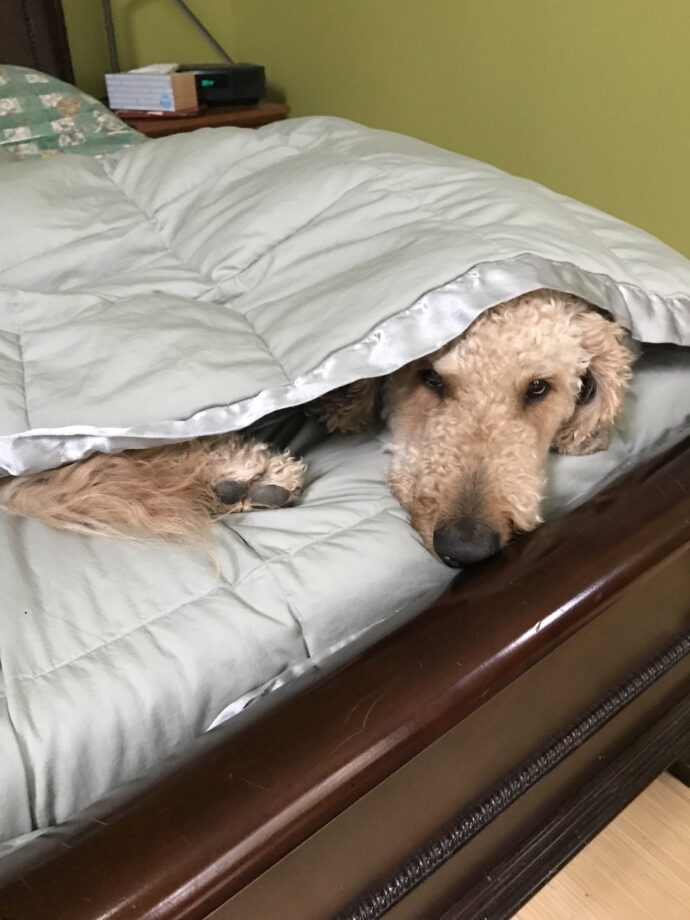 That didn’t work. I was ferreted out and off we went to Seattle, to a nice house that smelled like dogs. Only the dogs weren’t there. And no people to meet. We went for a lovely walk and saw trees decorated for spring by nature 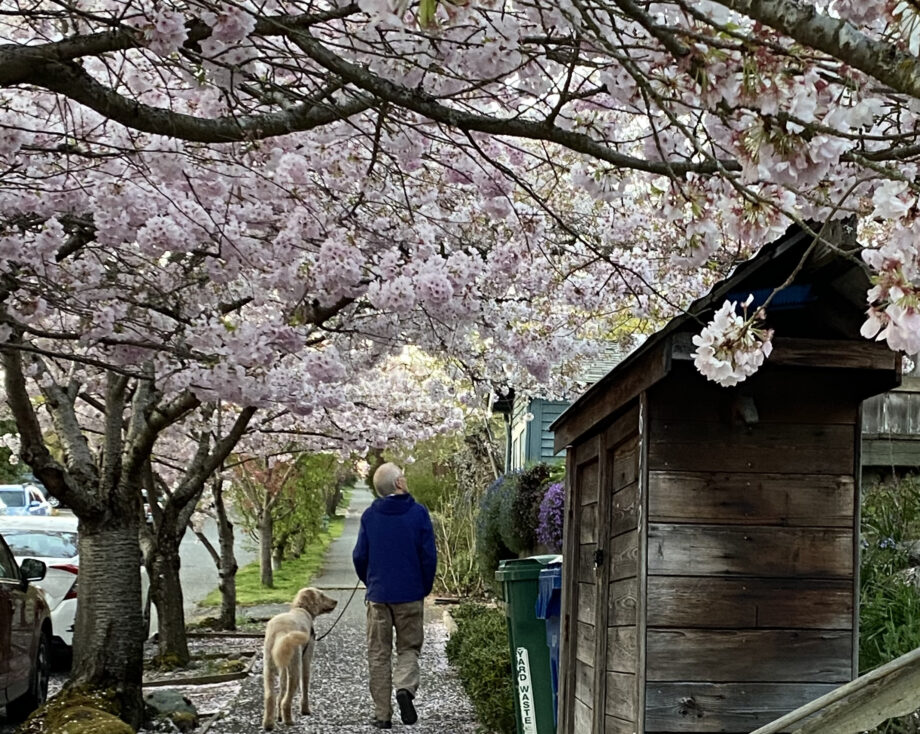 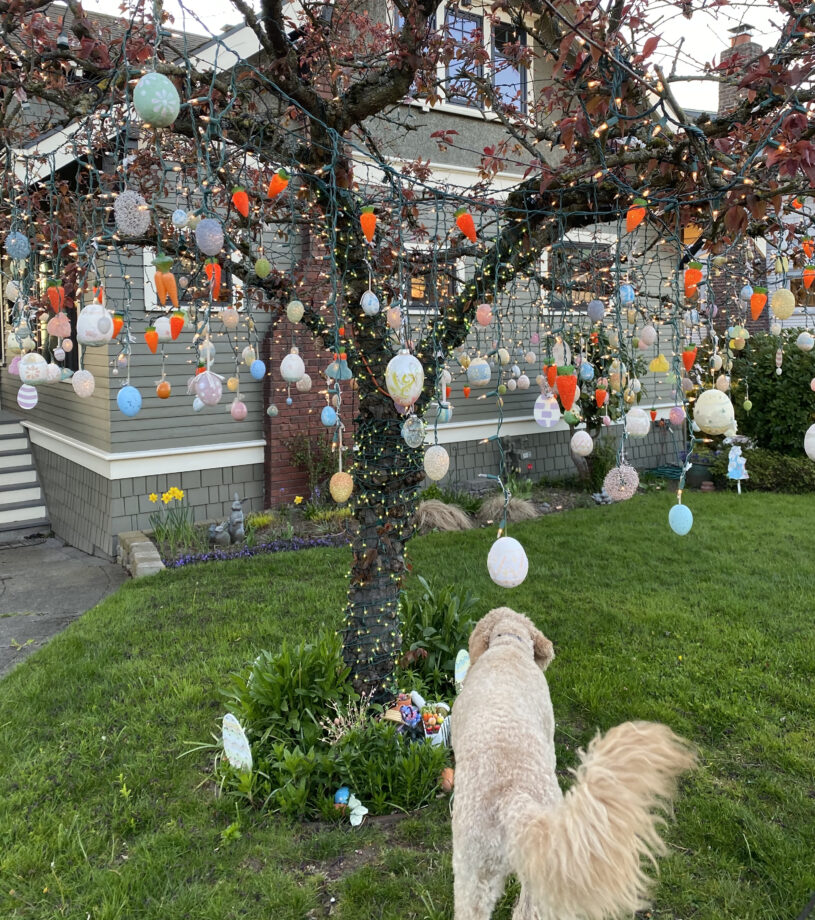 I even went nose to nose with a docile lion 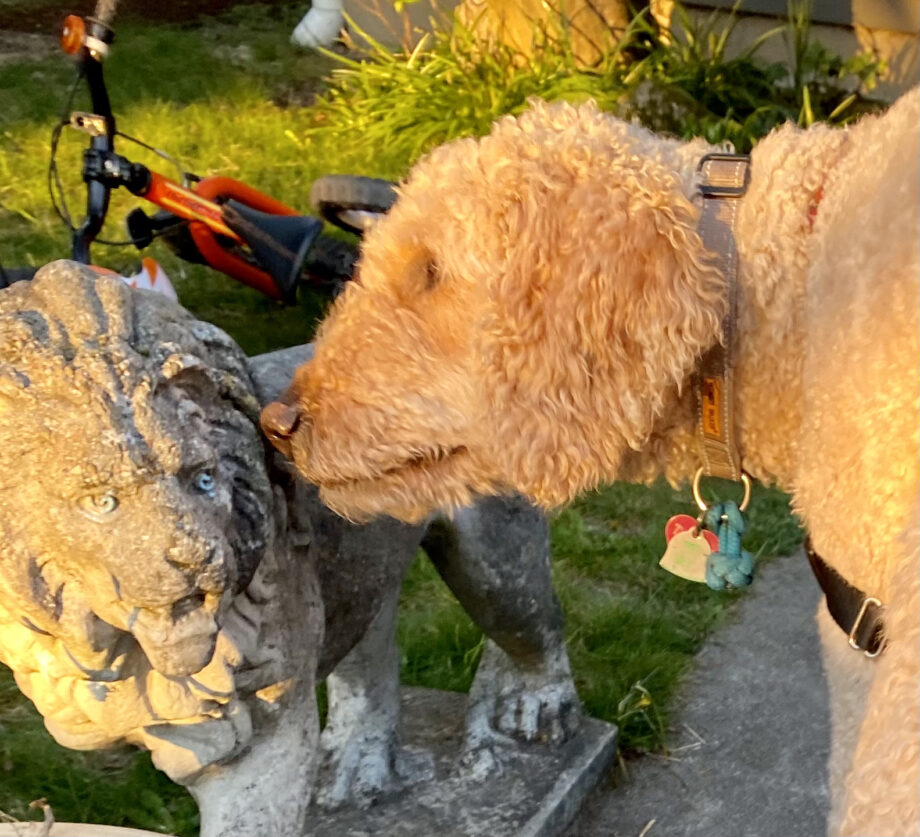 back at the house I felt something was amiss. 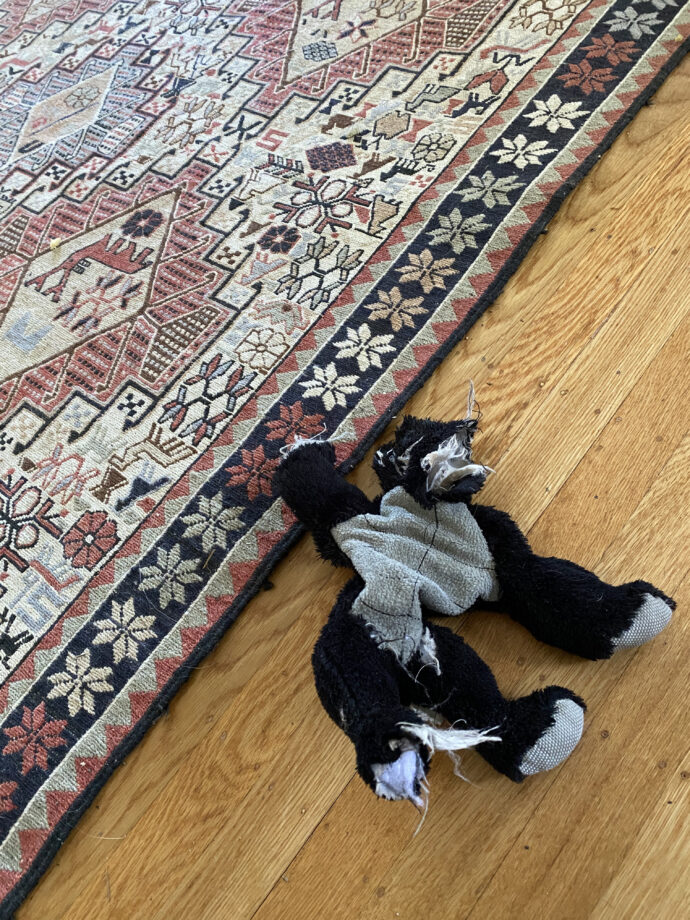 Never doubt a dog’s intuition. Next morning we got back in the car and went to the place that smells like x-rays and medicine. Fortunately the people were nicer than the smells. I was put at ease by a calm and good-hearted chap named Alex 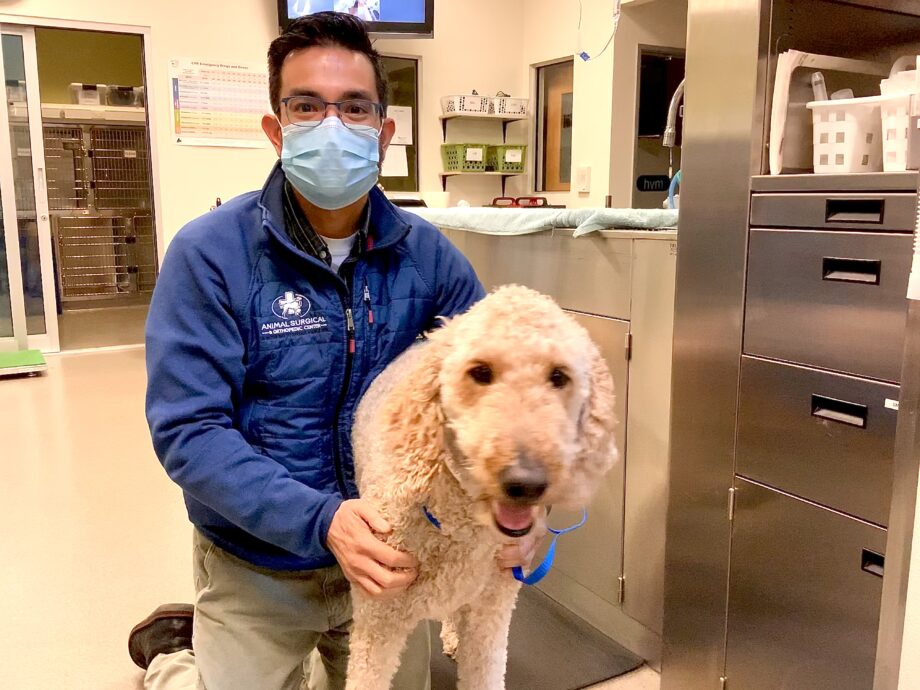 Ok, I admit I fell for him pretty fast. Call me a pushover, but he is pretty sweet. Turns out he knows a lot about dogs, inside and out. 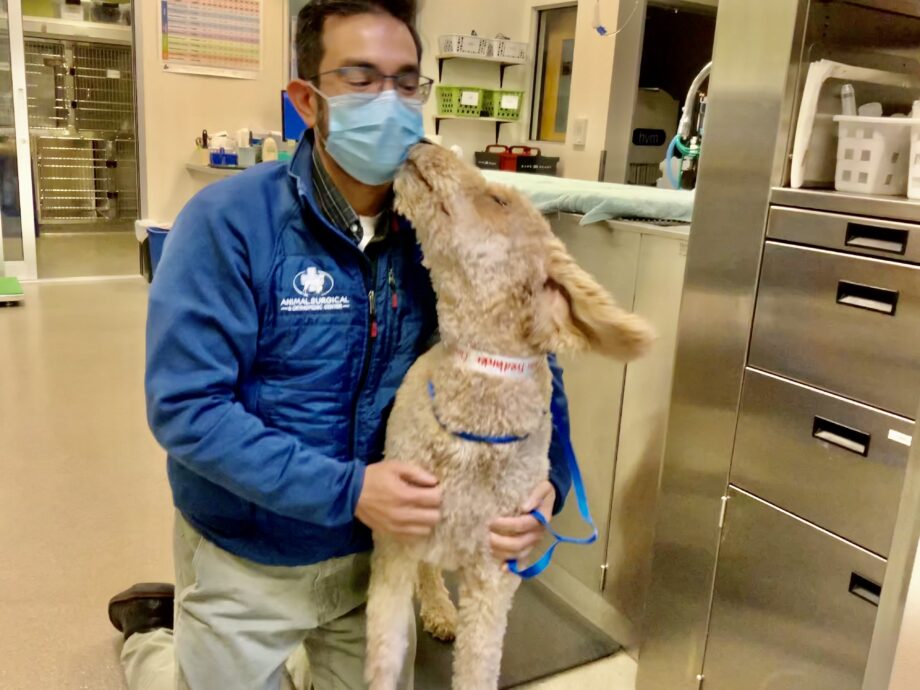 He talked to me about dog anatomy…. I remember the most important parts: 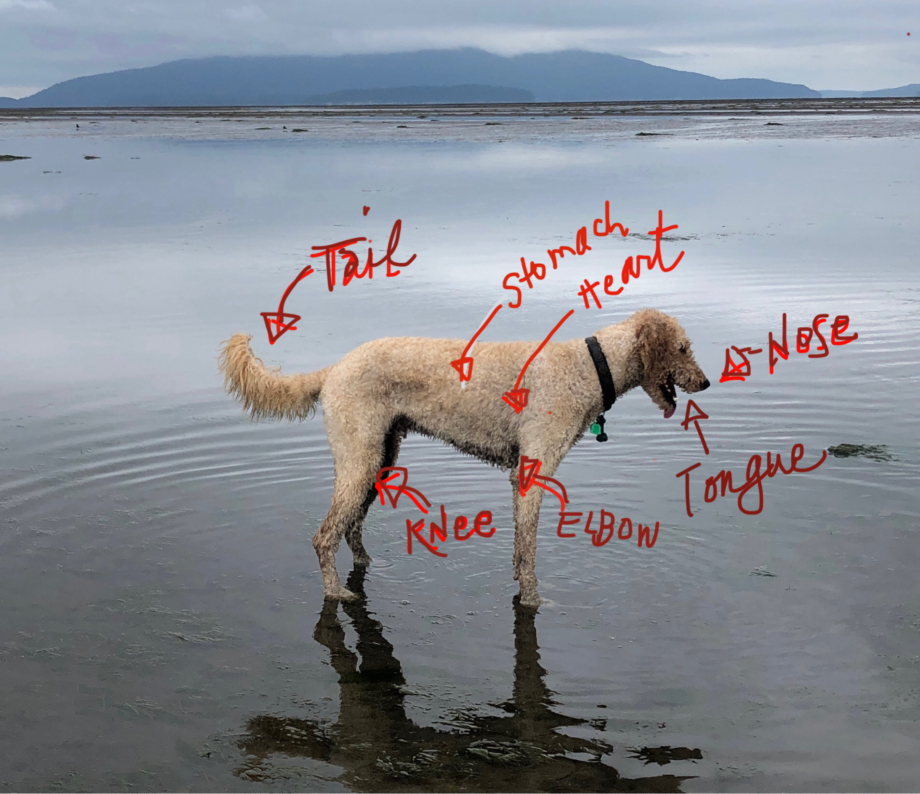 Starting at The Tail: very important for showing approval (and disapproval). The Stomach: which must be kept full of yummy things (anything except grapefruit and pills that aren’t wrapped in peanut butter). The Heart: which is full of love for the world and especially my peeps and my cat. The Nose: the most important organ because it tells me just about everything about the world. The Elbow: which is not my knee, and shows that I have both arms and legs like people, and a simple twist of fate gave humans thumbs but it could’ve landed the other way around and then I would’ve been the human. So could you pass the peanut butter, please? The Knee: What Dr Alex is going to work on today. He knows why I’ve been hurting, and he can fix it, yay! He told me I’d have to rest for a while and really need to listen to Caryn. He seemed pretty serious. But he said that if I toe the line, I’ll get better more quickly and be able to run and play and hike and visit Hospice again.

And then I was asleep, so I don’t remember anything else. I’ll catch you up next week. Be safe, and happy in the sun, love, Tashi ♥

dog parts are many cuddlee