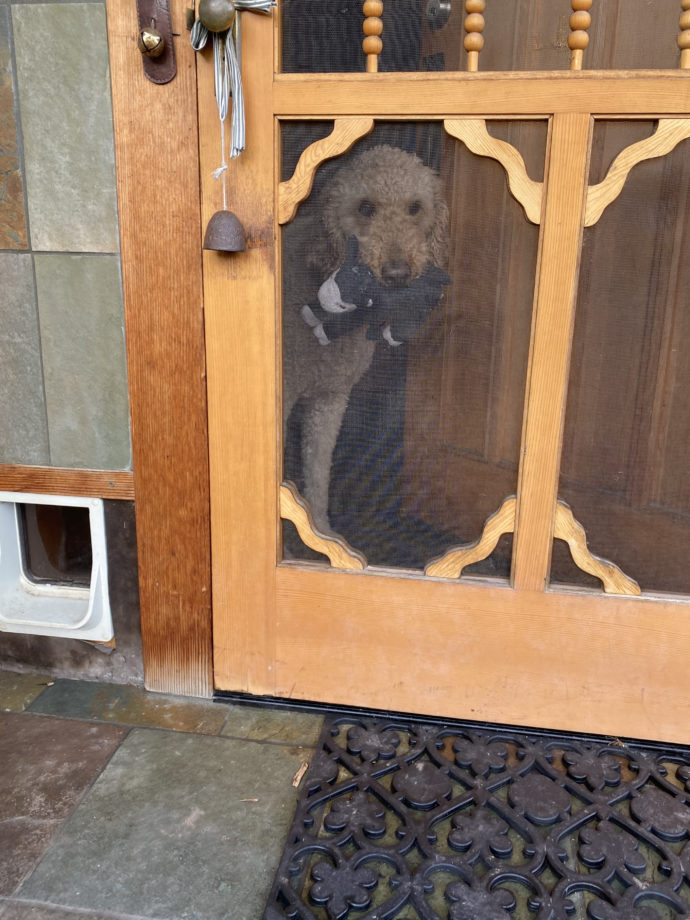 Hello out there in the world,

Now I know what it’s like for all you humans who aren’t able to see your friends, or go all the places you want to. I’m still under doctor’s orders. Caryn says I’m becoming a bodhisattva, because I’m learning to be patient. I’m not sure what a bodhisattva is but I think it’s meant to be good. She said it after she brought me a stick from the woods. Instead of asking her why she didn’t take me to the stick, I smiled, accepted it, and wagged my tail vigorously. 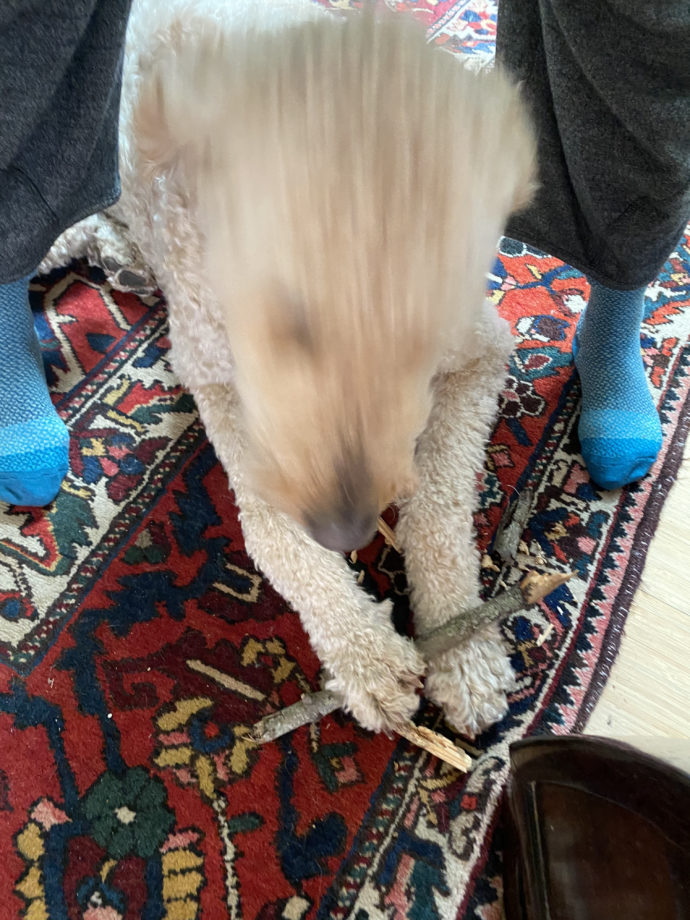 I showed her how grateful I was for the present, by shredding it to bits 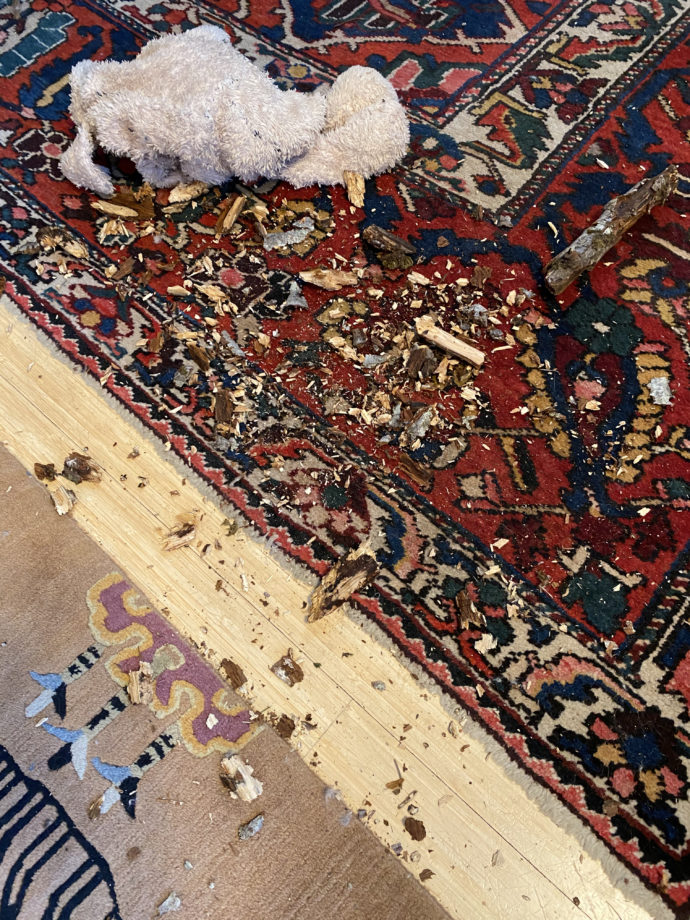 Strangely, this seemed to make her very happy. This is to be considered bizarre behavior on her part. But I think my peeps are feeling my pain. Caryn feeds me bon bons on the couch every afternoon 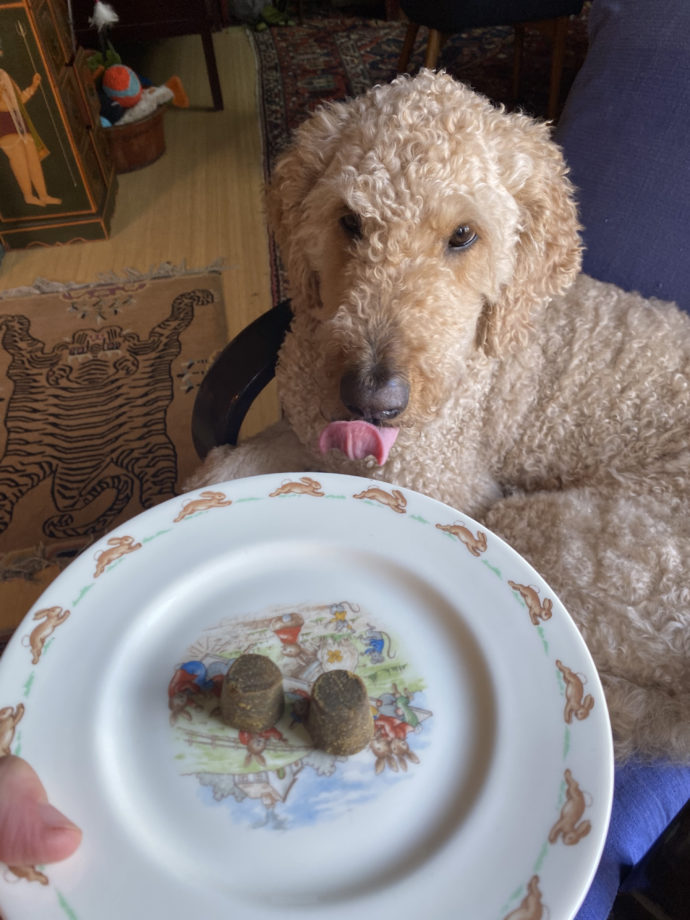 Richard brushes me, especially under the chin, my favorite spot 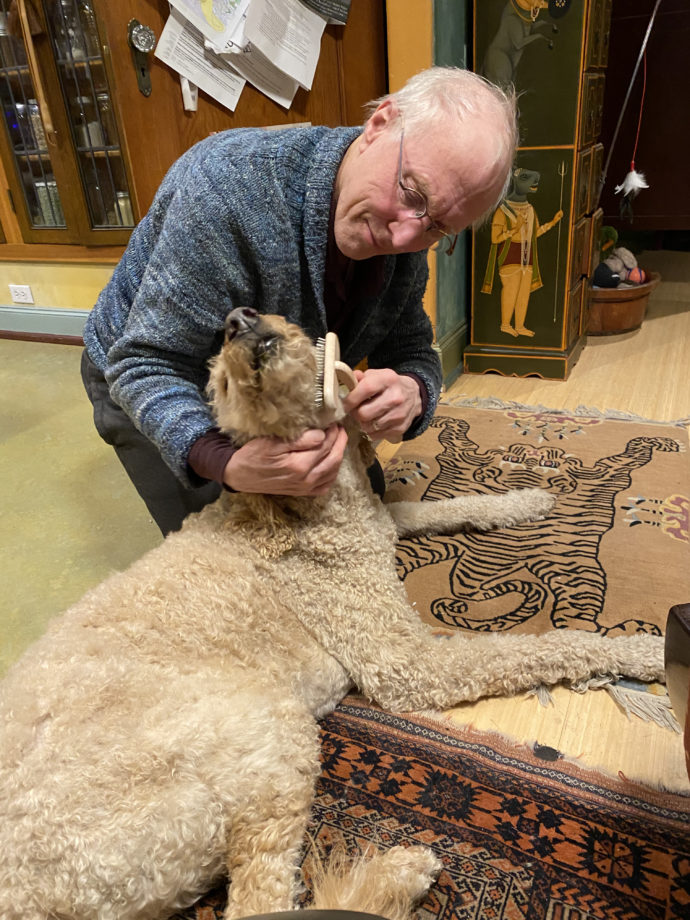 Caryn gave me this crazy looking thing she called a snuffle mat. I spent more than a little time trying to unearth the treats from their hiding places. 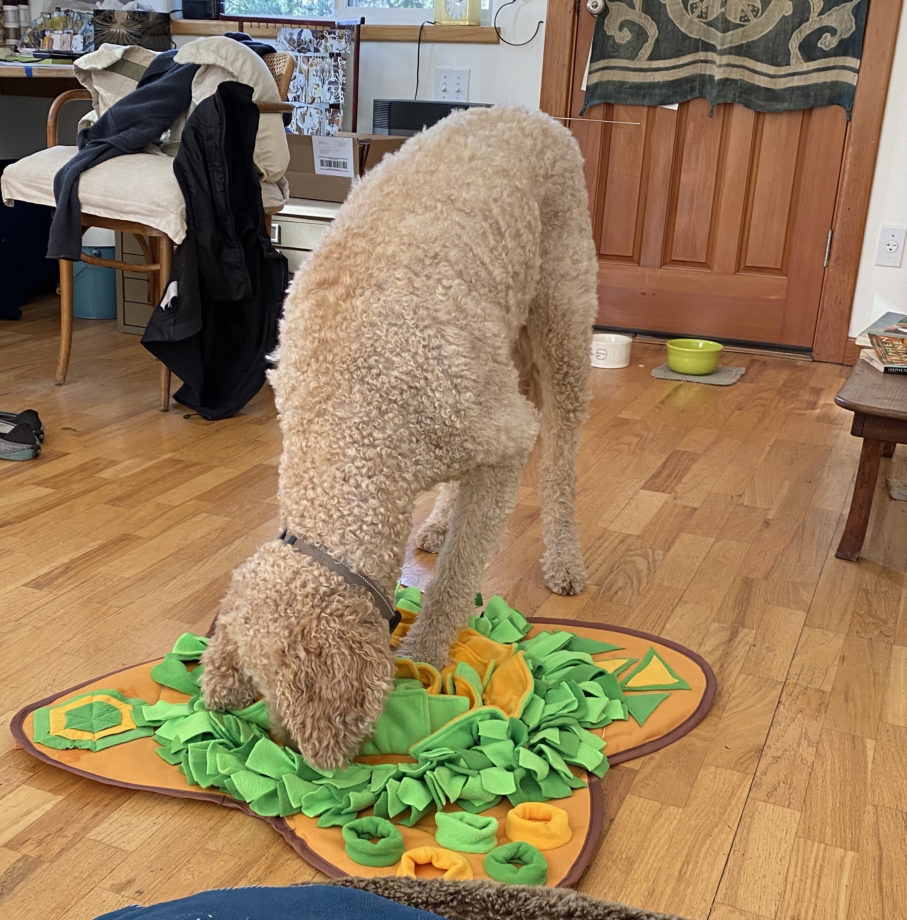 after which I was rather ready for a nap 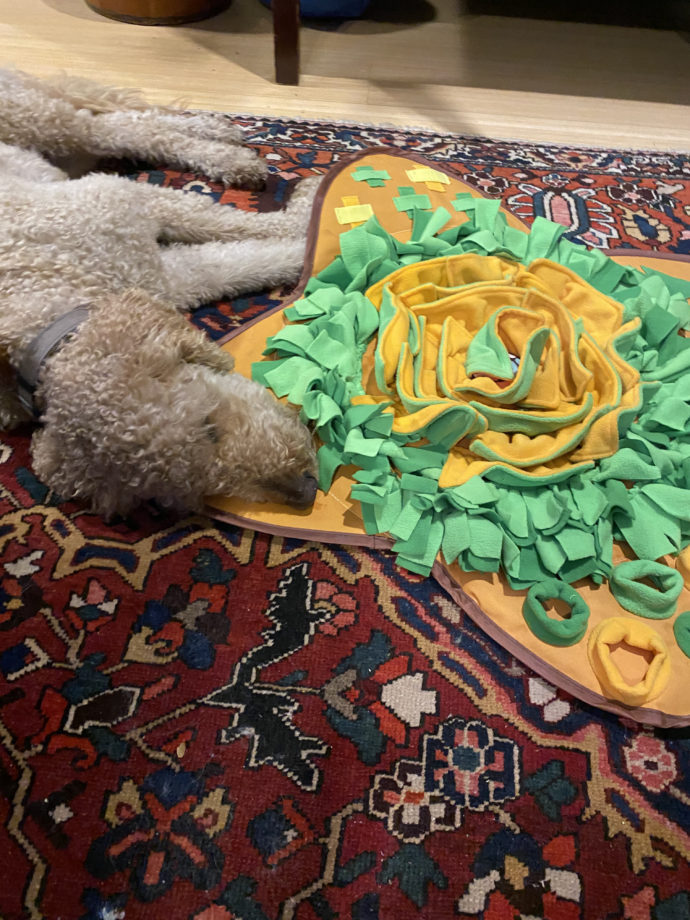 My friends are being supportive. Henry saw our car at the trailhead….

Here’s the text Suzy sent: “Henry smelled your car and now won’t move he is waiting for his friend 🙁” 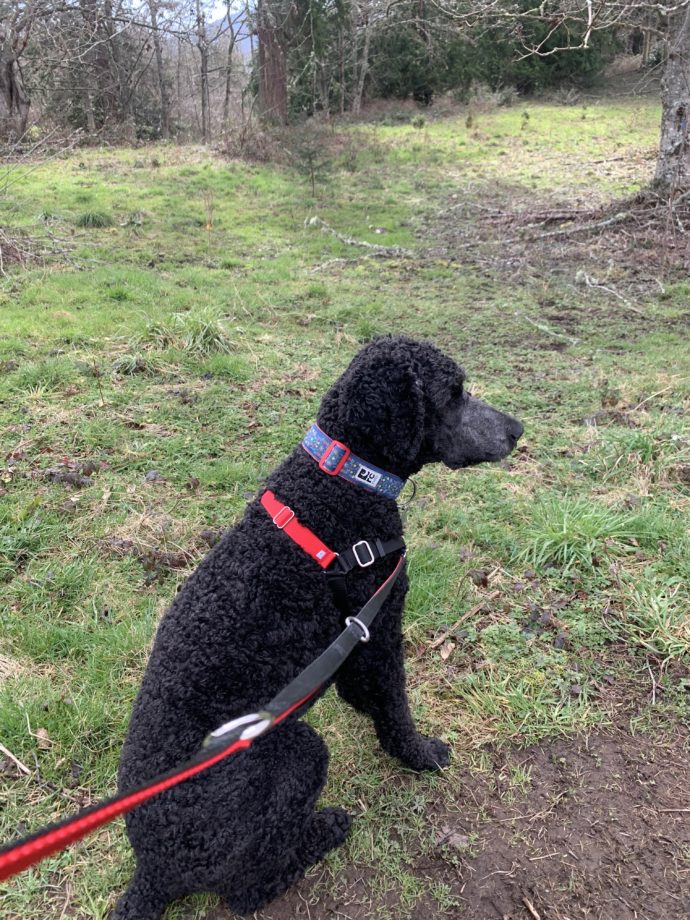 And Nyla, a puppy I met last year, remembers me and is waiting to be able to play and hike together. The pandemic has gone on so long that she is old enough to write now – she even sent me a card. This might be the first snail mail I’ve ever received! 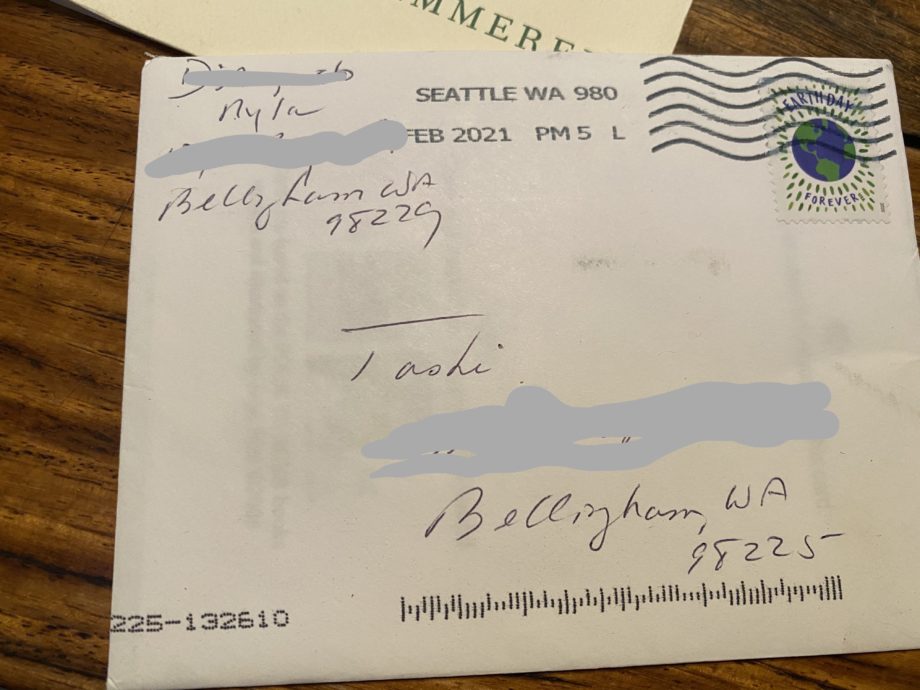 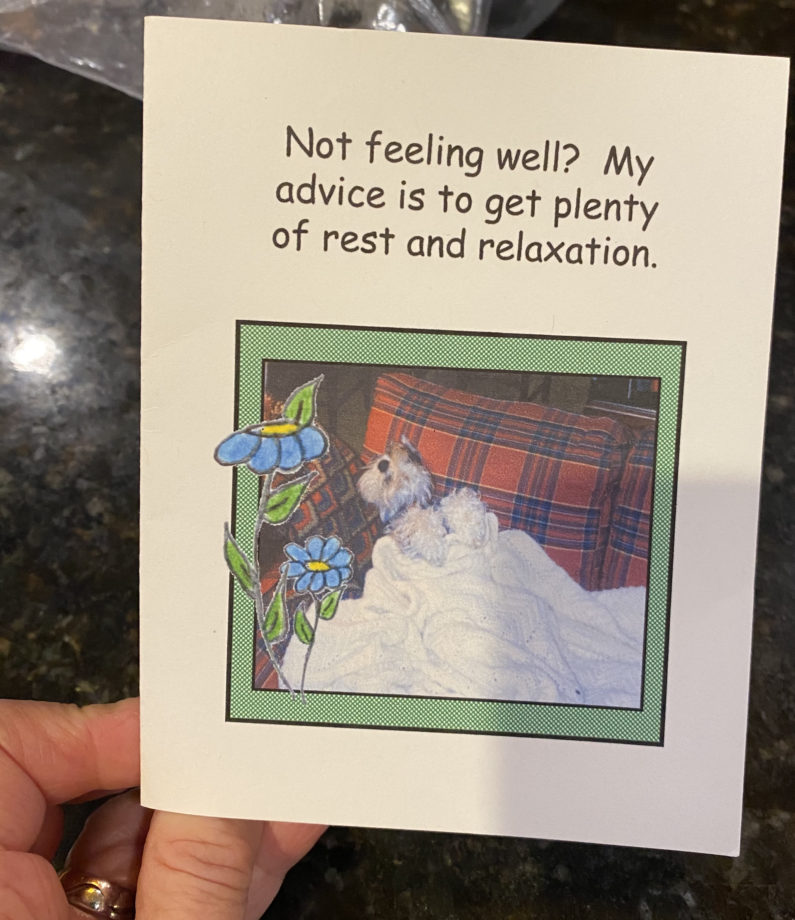 the inside says: “Actually, that’s my advice for just about everything. Get well soon, ♥ Nyla”

I looked at the back of the card. I think it was made by dogs for dogs, because here’s what it says: 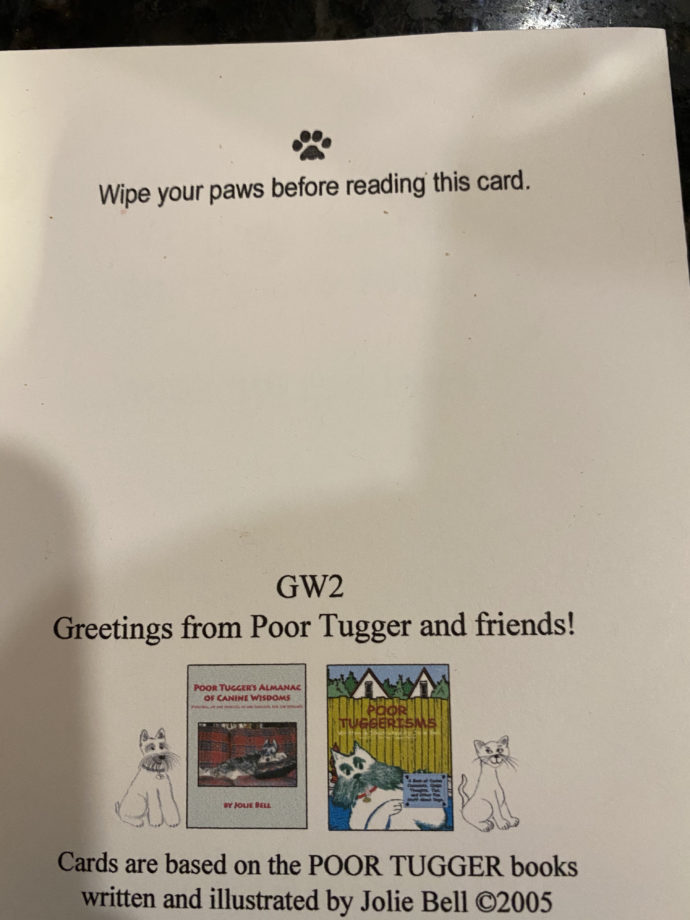 Ha! Why would I need to wipe my paws?! I’ve barely been out for long enough to get my paws dirty.

Thank you Nyla! I bet you are cute as can be and we will be great pals. Her message is right in line with everyone else’s… Tashi in California says to take lots of naps, Doctor Colleen says to rest for a month, and now Nyla is saying the same thing. Must be something to that napping. And maybe by the time I’m all napped out, spring will be here. I can feel it coming! Can’t you? 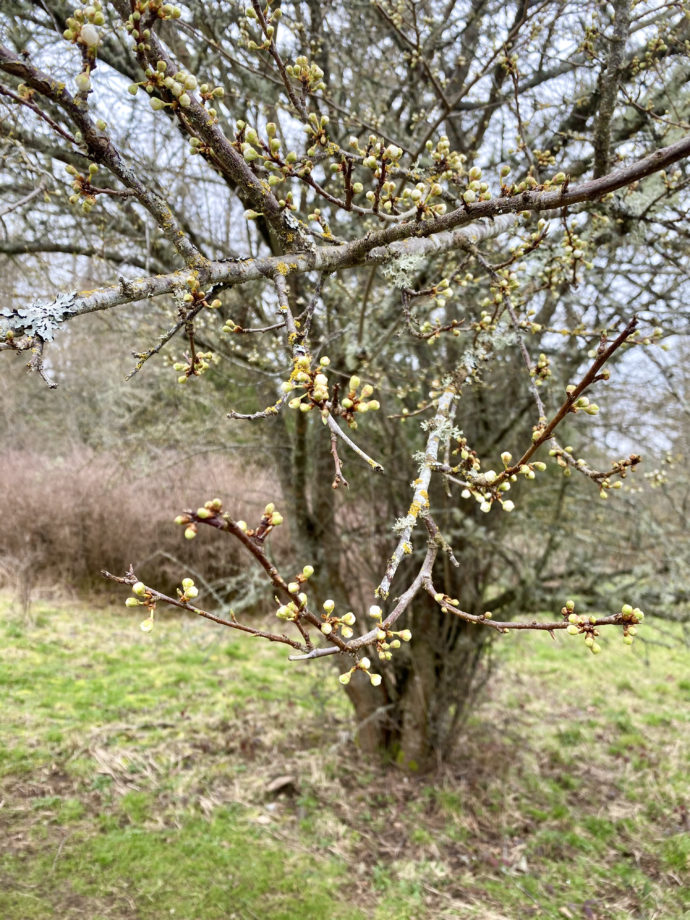 Love to everyone, be careful playing frisbee (that’s how I hurt my back), wear your mask and clean your paws often ♥, Tashi