The summer has been just as you might expect. Swimming and hiking and sunbathing and watching kittens (let me tell you, there have been kittens) 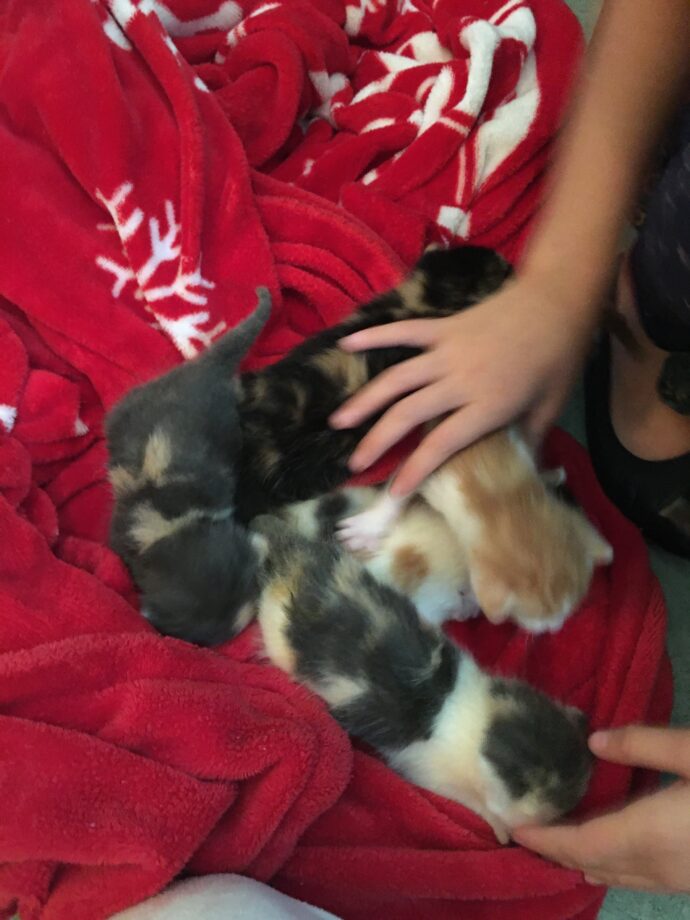 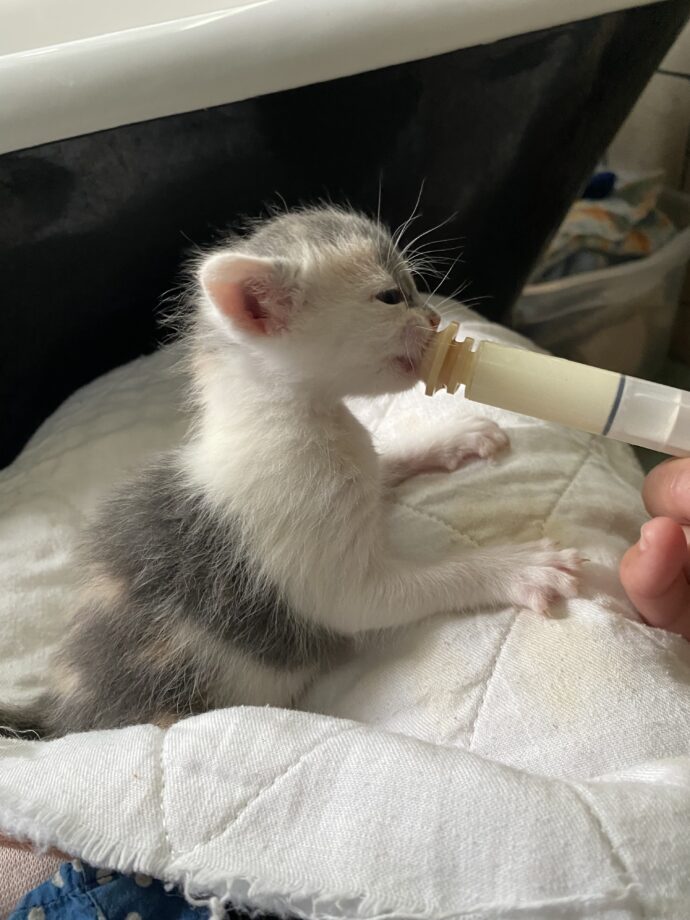 But perhaps the most entertaining has been watching Bisous escape from the back yard and roam the world, much to the frustration of Caryn and Richard. It all started when his friend Nico came around and said, “Hey, Studs, what say we take a stroll down the creek and see about a bunch of rabbits?” 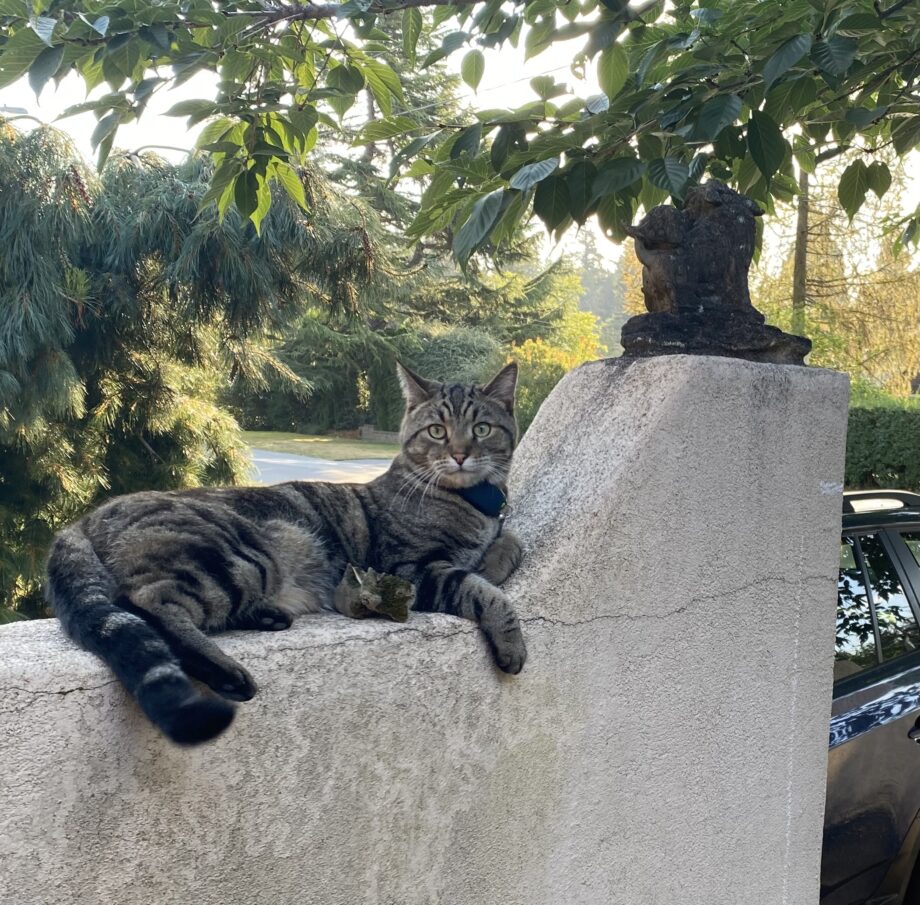 Bisous, who wasn’t doing a heck of a lot and was only playing with rabbit doorstops (in which he was fast losing interest) liked this idea 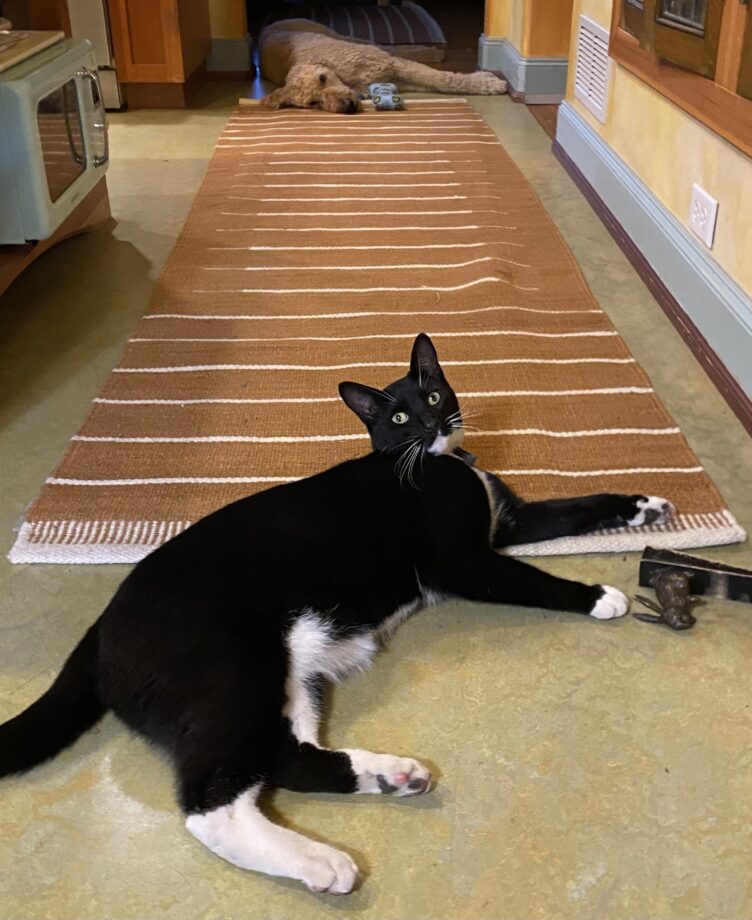 And….Caryn had noticed something interesting on Nico’s collar, and checking in with his people, found out it was a gps tracking device. Being curious about Bisous’ whereabouts, and wanting to keep up with the neighbors, she spent no time at all getting a tracker for Bisous too. 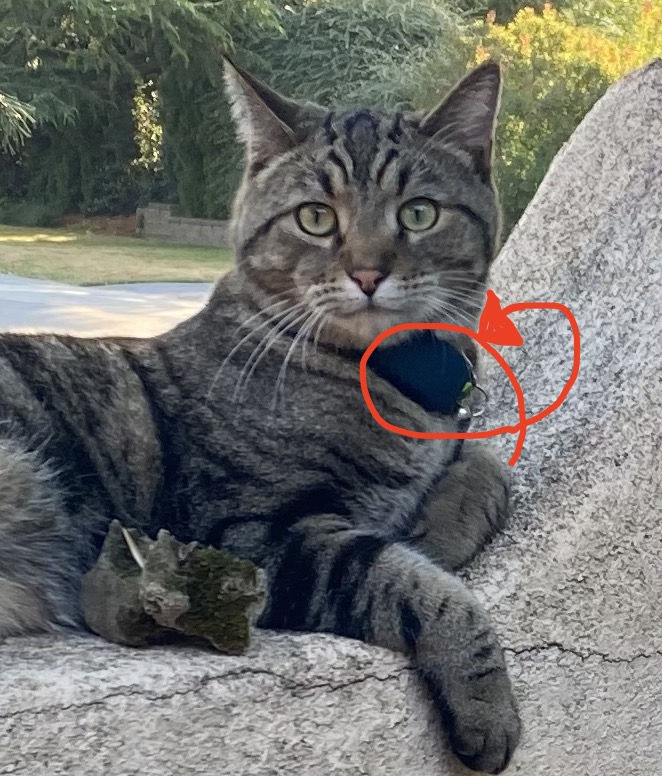 At first it was entertainment. Everyone said, ho ho, let’s see where he goes 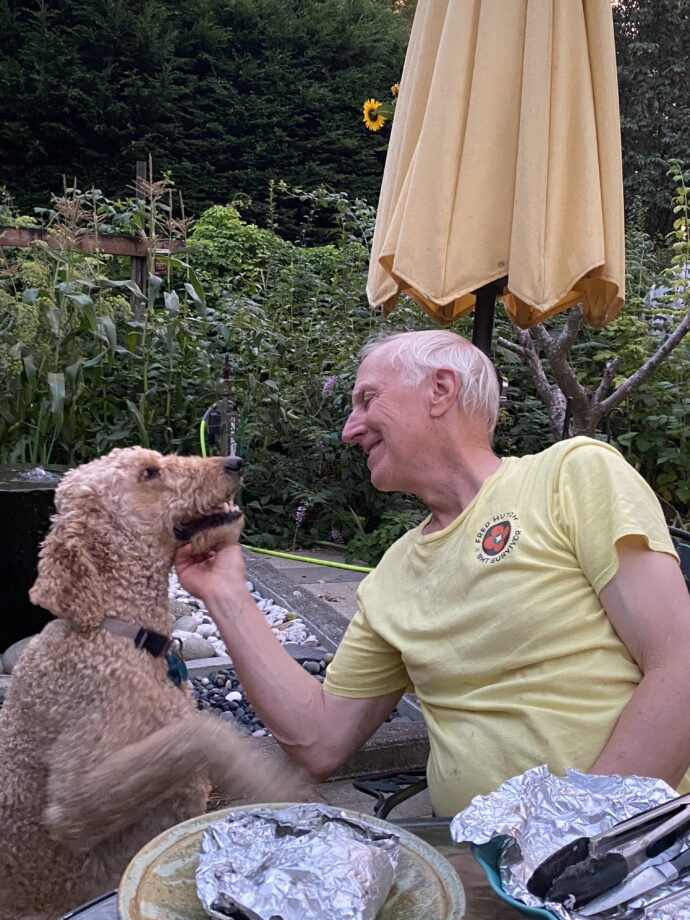 We could see Bisous’ travels via a little blue line on the map on Caryn’s phone. Bisous entertained us by scribing pictures 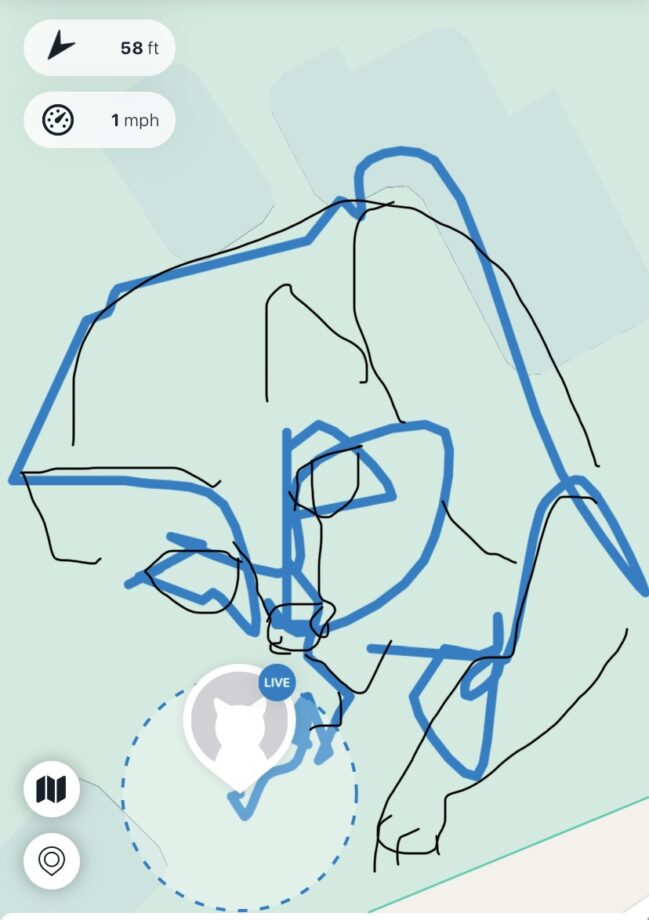 Caryn and Richard weren’t quite so amused when they saw how many times Bis was crossing streets like the truck route and the Guide, along with that little trip to the park (he logged almost 5 miles that day – you’ve got to admire a cat like that! 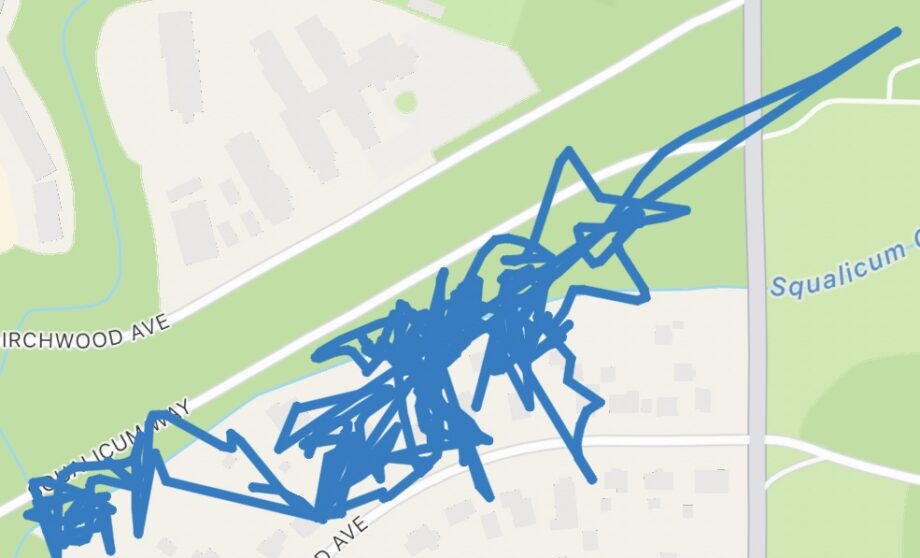 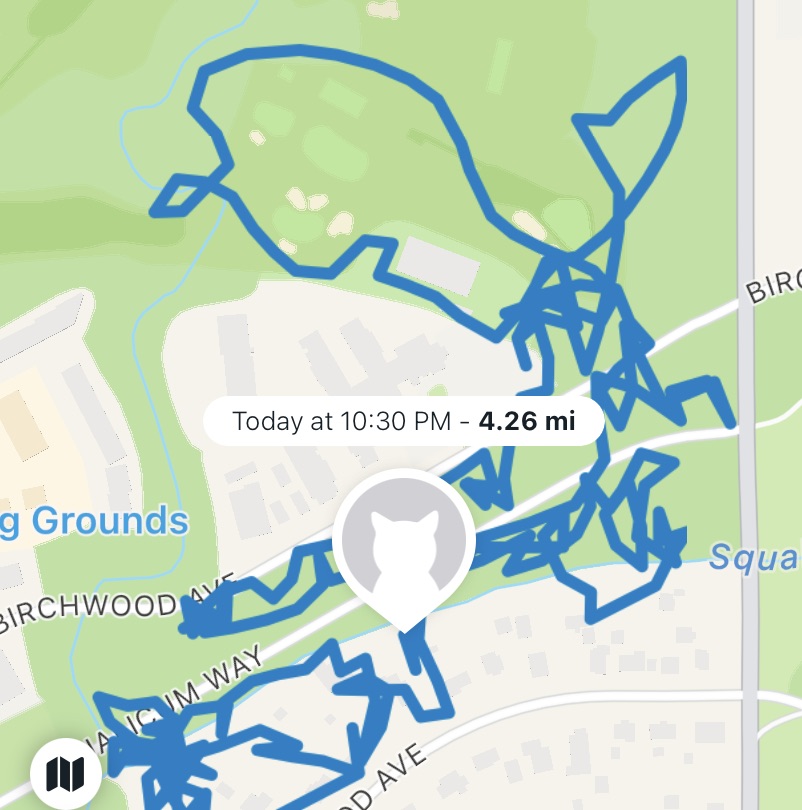 We quadrupeds were hugely impressed by the miles Bisous was logging, so much so it tuckered us out 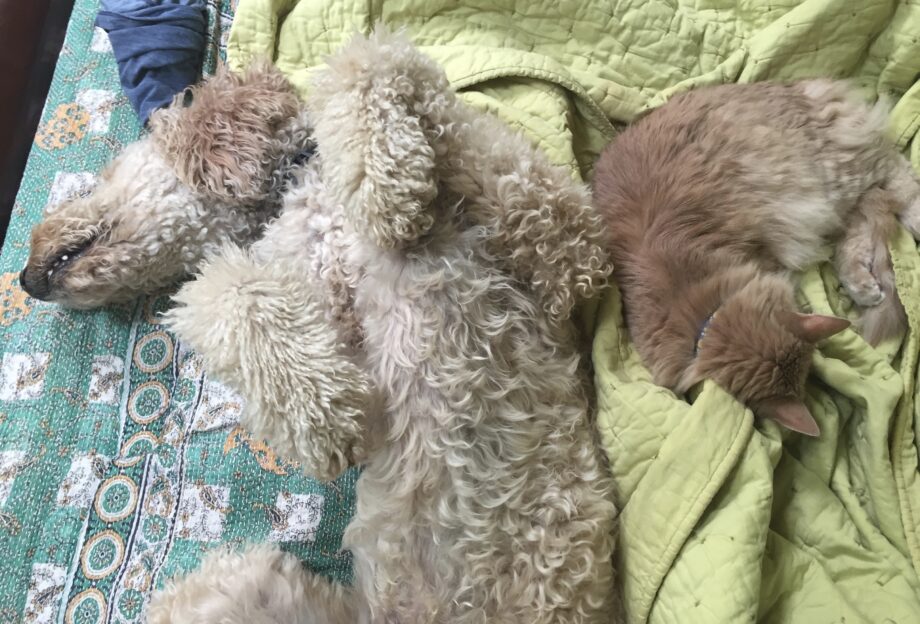 And then he ditched the tracker!!! I don’t know how he managed that, but Nico lost his tracker the same week. Suspicious if you ask me…..Caryn went about trying to get a new one, and “Dahlia” (yes that was really her name!) from the company wrote her back and said this:

Hoping they may have found the tracker which she and RIchard looked for and couldn’t find, Caryn clicked on the location link only to find that the gps signal was dead wrong. She wrote back to “Dahlia” toute suite:

She also sent Dahlia some photos of the”cat in question”, one relaxing at home: 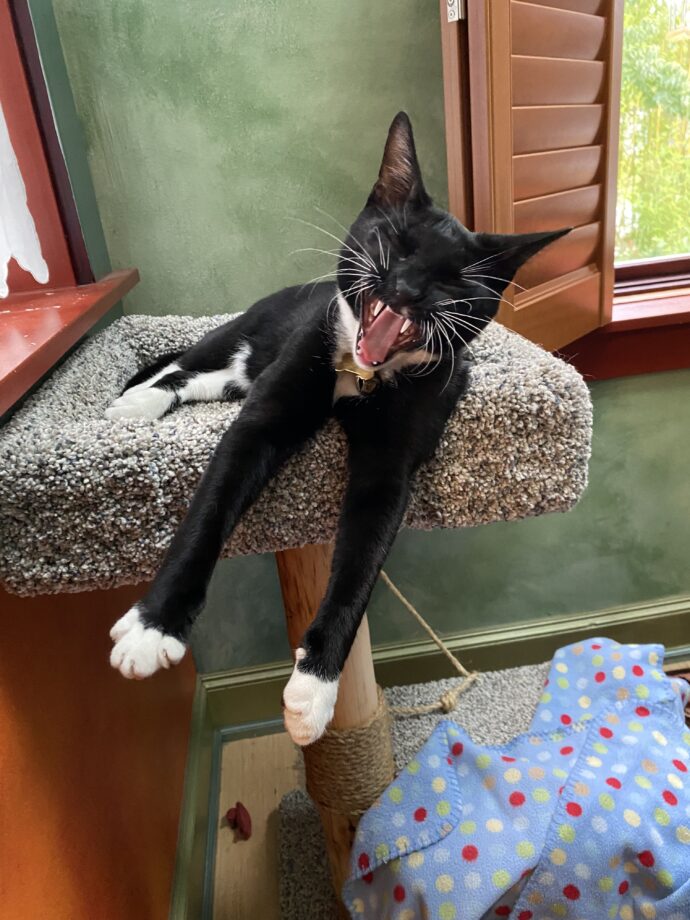 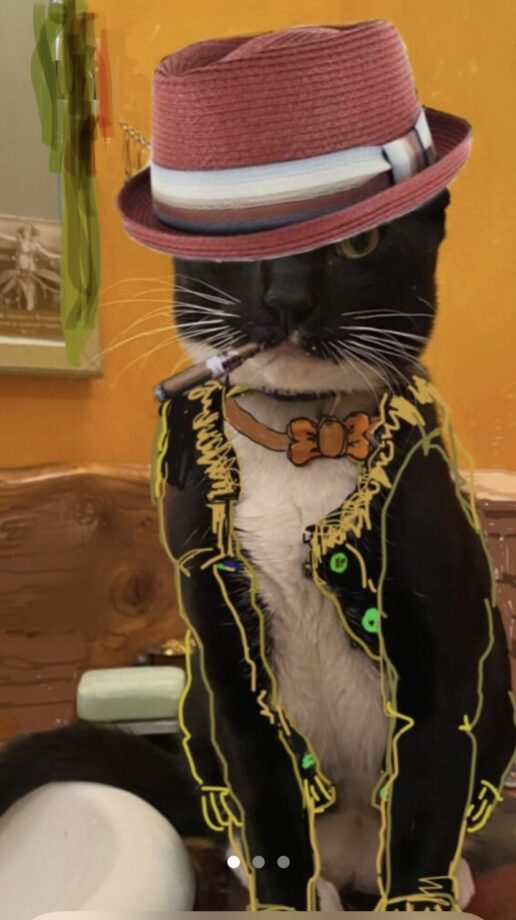 I believe you’ve seen these pictures before, but it never hurts to refresh your memory, because you never know, you might run across him at the bar or the gym. If you do, would you please ask him to come home so that Caryn and Richard will stop grousing about him?

Have a good rest of your week, yours forever xoxoxo, Tashi 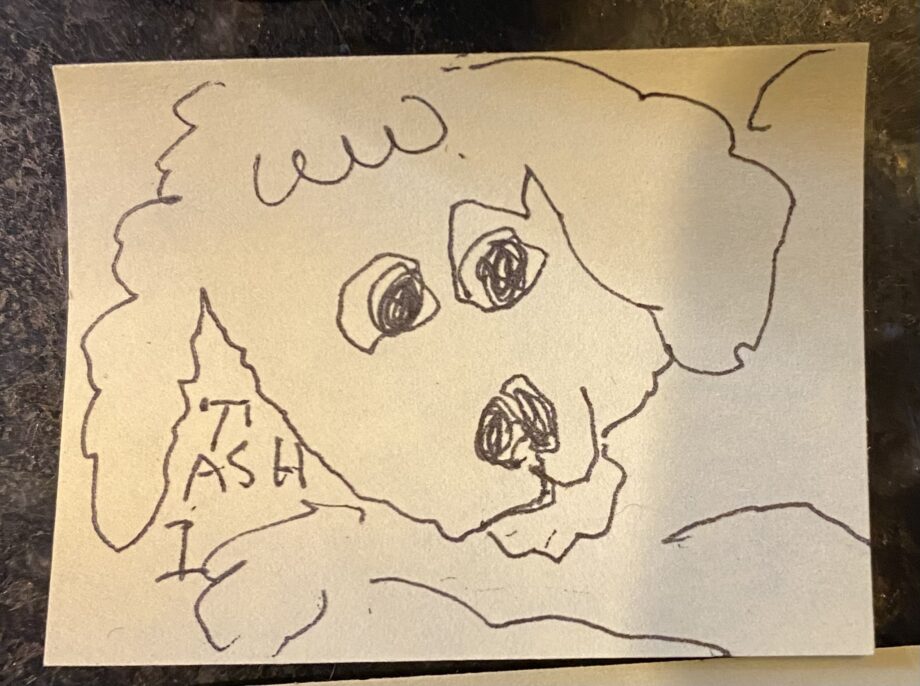